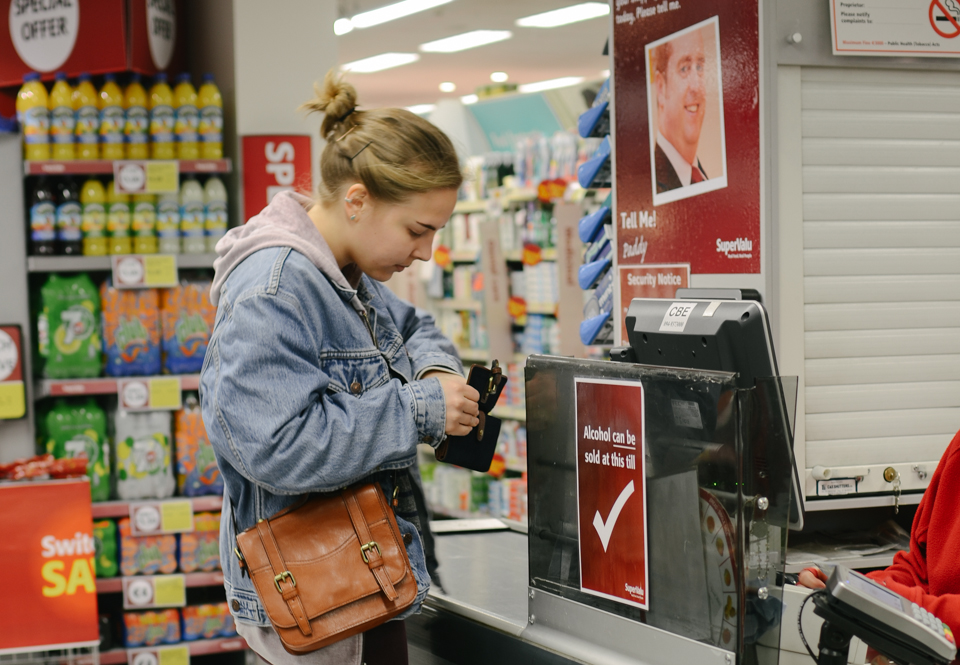 This piece was originally written for and published by Evangelicals for Social Action. Check out the original article here. All photos my own.

In January 2015, the little-known entity called Christian Fashion Week announced that February would see its last set of fashion shows. In a press release announcing its final season, co-founder Jose Gomez lamented the lost potential for CFW to give Christians “a voice in what is available at stores and boutiques around the world.”

In theory, the success of a forum akin to Christian Fashion Week could have provided one way for Christians to “have a voice” in fashion. But in fact Christians always have had, and always will have, an impact on what is available in stores—by simple virtue of being consumers. We may not be able to get the CEO of the Gap on the phone, but we can choose what products to pay for.

Developing-world tragedies in the garment and textile manufacturing industries have illustrated, to devastating effect, the darker consequences of Western consumption. Perhaps the most horrifying example was the Rana Plaza collapse in 2013, in which over 1,000 garment laborers died and another 2,500 were injured working in a factory that produced apparel for brands like Walmart, Benetton, and Primark. Sadly, the conditions that led to the Rana Plaza collapse weren’t unusual—plenty of Western brands, from Lacoste to Forever 21, have faced serious charges over the integrity of their policies, transparency, factory monitoring, and laborer rights.

When so many ubiquitous brands seem to be doing business poorly, it can feel impossible to clothe oneself without supporting questionable practices. The good news is that there are steps individuals can take now towards developing a more ethical mode of consumption when it comes to clothing. Here are a few ideas to get started: 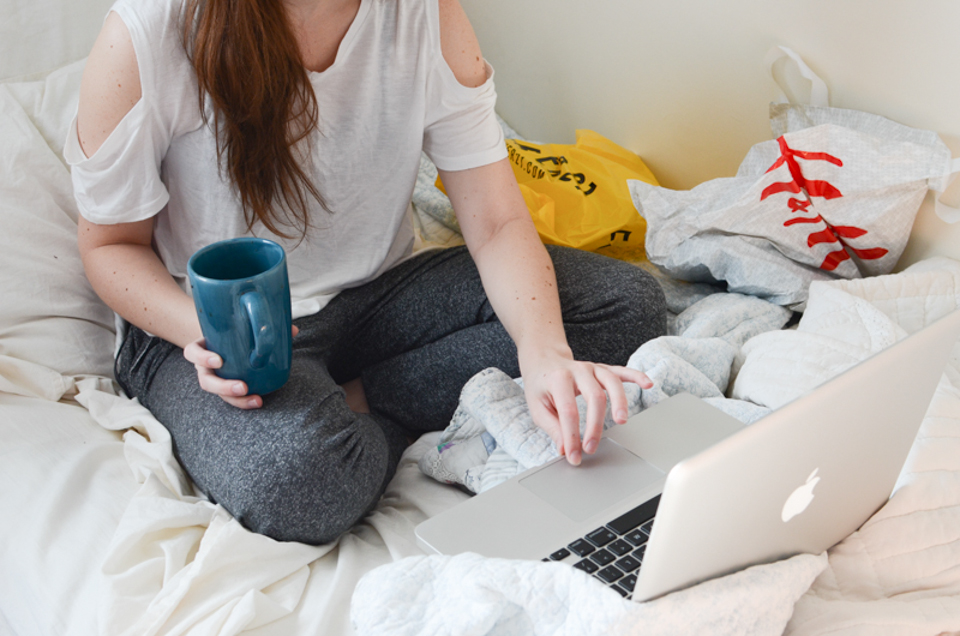 Familiarize yourself with issues relevant to the production of apparel, be it laborer rights, environmental concerns, treatment of animals, or others, and decide which are a priority to you. Websites like Free2Work.org and EthicalConsumer.org can serve as useful resources towards this end. Both sites rank brands based on a number of different concerns and break down their ratings so that you can see each brand’s strengths and weaknesses.

Update 11/4/2014: I also recommend using rankabrand.org, which does a great job of giving consumers concrete ways to take action once they’ve read up about a brand, and GoodGuide, which has an app for searching on the go.

2. Vote with your dollars.

Think of your money as a ballot. Whenever you purchase something from a company, you’re sending them the message that you think they’re worth supporting. Just as you wouldn’t vote for a political candidate whose methods you found questionable, avoid buying from companies whose practices are inconsistent with your values.

On the flip side, go out of your way to buy from companies you trust, even if it’s less convenient to do so. Most companies who employ exploitative policies and practices do so simply because they’ve found it financially beneficial to do so. Use your purchasing power as a way to make it more economically feasible for conscientious brands to maintain a competitive edge in the marketplace. 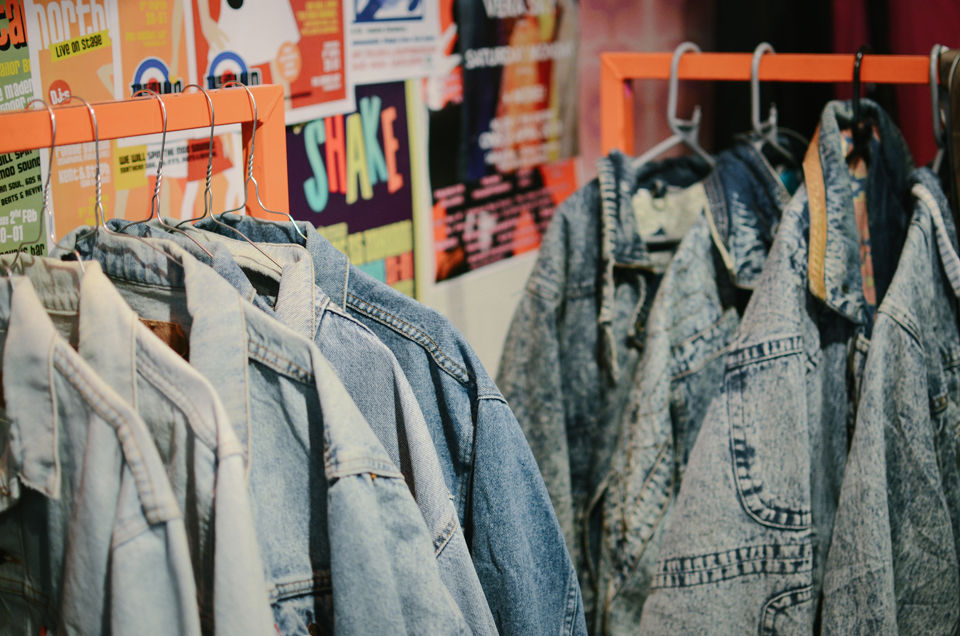 3. When in doubt, buy secondhand.

Though thrifting can’t solve all the fashion industry’s woes, it provides an easy way to minimize waste and avoid laborer abuse. Second-hand shopping reduces pollution, makes it easier to track where your money is going, and often supports charity. It also provides an affordable option that encourages creativity and uniqueness of expression.

If you discover a company that’s excelling at ethically sourcing their products, applaud them publicly and privately. Let companies with bad human rights records know why you’re not buying from them anymore. Many brands have Facebook and Twitter accounts that allow them to respond to direct feedback from their customers—utilize these channels to thoughtfully voice your opinions.

Most consumers aren’t malicious, they’re just ignorant about the effect their buying habits have. As you learn more about ethical issues in the fashion industry, share what you’re learning. Post articles on Facebook, tweet to your followers, help your kids and relatives make informed decisions about their purchases. Talk to people in your spheres of influence about where their clothes come from in a respectful but honest way. 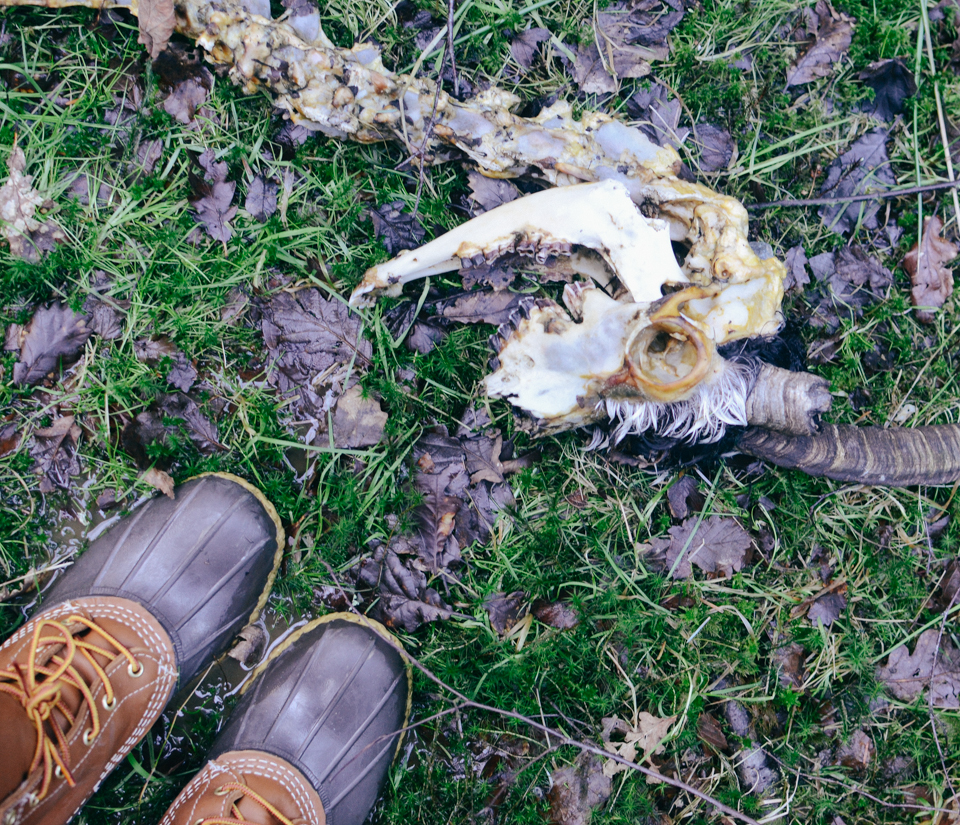 6. Be willing to adjust your habits.

Buying ethically may mean purchasing higher-quality items, but shopping less frequently. In a fast-fashion landscape riddled with entitled consumers who think we have an inborn right to all sorts of things, whether it’s this season’s it bag or multiple pairs of jeans, it can be hard to adjust to getting new things less frequently. Keep in mind the fact that the global cost may be greater than what follows the dollar sign on the price tag, and embrace counter-cultural practices.

When you feel tempted to give up because the system seems too big or broken to change, step back. History has demonstrated the power of the educated consumer—check out the ways that Nike has shifted its approach to manufacturing and transparency since 1991 in response to consumer activism. If you commit to “fighting the long defeat,” as humanitarian Paul Farmer says, you might find in the long run that it’s not all defeat, after all.

I’ve written in the past about some apparel companies whose integrity has earned my respect. Learn about Sseko Designs, Akola Project, Appalatch and Inkkas here.