When preparing to embark on the European adventure in which I’m currently living, I had to pack everything I would need for the next seven months—from winter to summer—in a 50-pound bag. This meant I had to be incredibly choosy about what I brought over the Atlantic, especially regarding heavy footwear. In the end, I decided on two pairs of boots.

As a result, the shoes I lived in almost exclusively for the first four months were brand-new L.L. Bean duck boots (officially “Bean Boots”), and hand-me-down black Dr. Martens. I legitimately started writing really cheesy poetry as a tribute to my phenomenal footgear, but have decided to spare my readers and just stick to photos and a little bit of overenthusiastic praise instead. 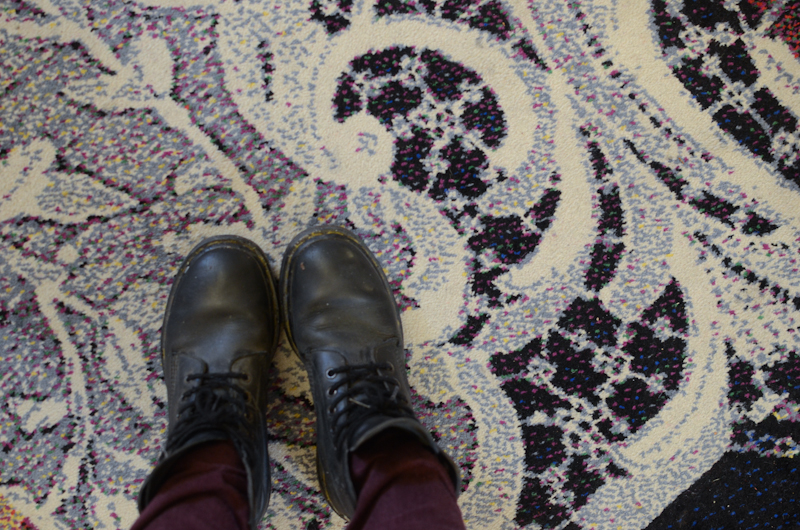 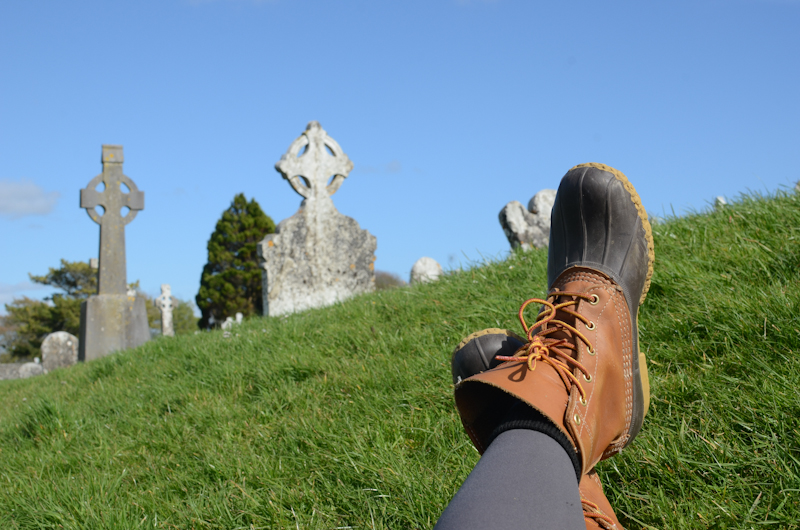 In short, these shoes tie for MVPs of my European wardrobe. I wore the Ducks in the rain, in the snow, on the beach; I wore them with jeans to clamber over mountains and hike through forests, I wore them with dresses to go to pubs in Dublin or explore Galway. Perhaps it’s the fact that I’ve never owned such high-caliber boots before, but I was constantly remarking on their impregnability (neither puddles nor mud nor sea foam were able to reach my wool-encased toes) and versatility (they were equally at home in church or on a hike).

The Docs were quite the troopers in their own way, as well. I wouldn’t walk them through deep puddles, but they kept out the seemingly ever-present Irish rain quite nicely, and stood up to more miles than I can count. Even though they’re old enough that the famous “Air Wear” lining has worn down to almost nothing, they still kept me comfortable after hours of continuous walking. I wore them about 50% of the time in Ireland, but they truly proved their mettle on my backpacking trip, during which I wore them every day, with every outfit. They have now been to nine countries with me, excluding America.

Though the Ducks were new and the Docs were not, they both come from brands known for their high standards. Overall, I’m probably not going to stop being a thrifter and a notorious cheap-skate when it comes to what I wear. But my Ducks and my Docs have certainly proven one thing to me: sometimes it pays to invest in high-quality shoes.

Note: Sadly, I don’t get paid for the promotion of these brands; if you think I ought to be compensated, you’re welcome to send me a check.

Thanks to my family and Kendra for giving me shoes worth writing about.

9 Responses to "Ducks and Docs: An ode to the hardest-working boots around"