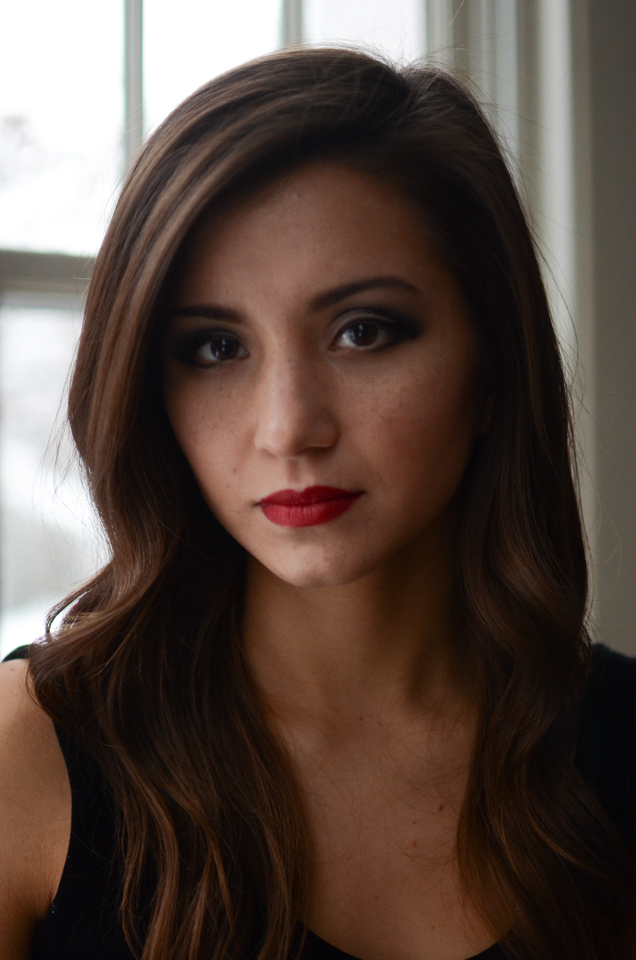 I recently met a young woman in New York City who is in the process of launching an online fashion magazine. She intends for the magazine to display nothing but un-retouched images of women. The idea, of course, is not new: Show women un-idealized images of other lovely ladies, and you make standards of beauty more accessible and less damaging for everyone. Ad campaigns by a myriad of brands have tried it, and plenty of big magazines have taken a whack at it here or there.

These campaigns are often undertaken as a way to boost the overall image of the company or publication, and even though critics may cry “marketing gimmick!,” the public generally seems to respond well. But if what we really want to see are reasonable expectations of beauty normalized, then why hasn’t the un-photoshopped route become the norm?

Kim Francis, founding editor of Lucky magazine, shed some light on the subject in a recent interview:

“The fact remains that if you under­retouch images so the lumps and bumps and zits are there, you get mail from readers saying that the models are ugly. And the realer you make the person on your cover look—like, by maybe not retouching every last line off the face of an actress old enough to have some lines on her face—the fewer covers you sell, by a lot. People want less reality than they maybe realize.”

Francis touches on a valid and troubling point here. We can rage all we want about how the media is feeding us harmful lies about beauty and our bodies and the lot, but the truth is that they are businesses, and like any business they generally just follow where the money leads. If the money leads them towards things we decry as unhealthy, what does that say? We may want to want images of “real beauty,” but the vote we put in with our dollars often says that the woman with wrinkles on her face really isn’t worth as much.

This is not to let magazines and advertisers off the hook completely, by any means. It’s merely to show us that, as the consumers, our dollars (or perhaps more commonly, our clicks, reblogs and likes) mean that we’re not off the hook, either. 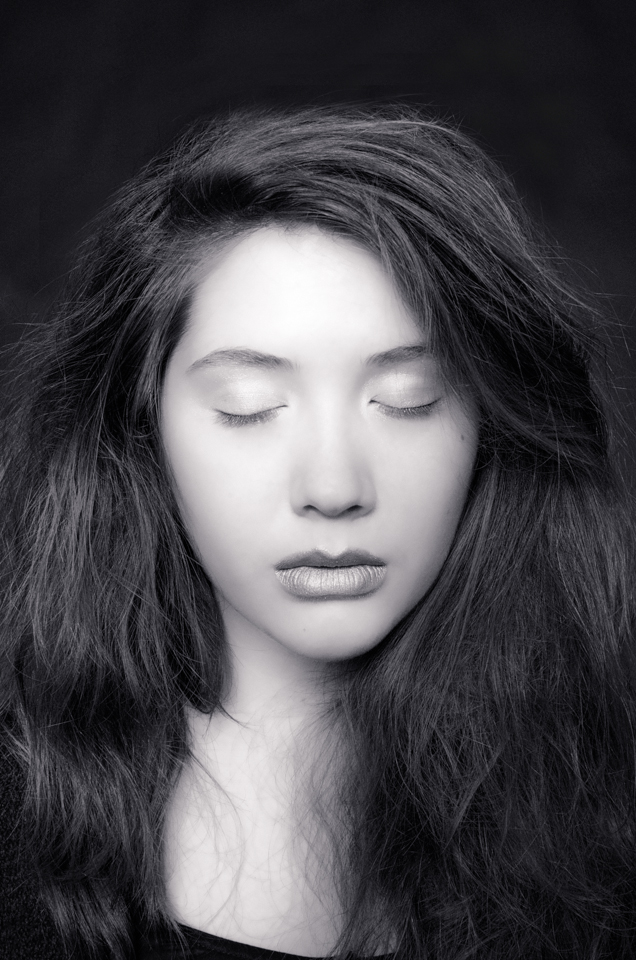 I found myself wrestling more personally with these questions last fall, as an artistic mentor began encouraging me to work towards including more traditional “beauty” shots in my photography portfolio. Always one to enjoy a good game of adult dress-up, I enlisted a few friends to model for me, asked a makeup-savvy friend to pull out her toolkit, and started clicking. When I took the resulting images to my mentor, he immediately began showing me how to smooth the skin and remove the stray hairs and “fix” a million other details that weren’t quite, well, perfect.

From a portfolio standpoint, I knew he was absolutely right. If the purpose of the images  was to prove my capabilities to a potential employer looking for a commercial photographer, I needed to be able to show that I could meet the industry standards. But on the other hand, it seemed ludicrous to me to spend hours smoothing away texture on the faces of some of the most naturally beautiful, clear-skinned girls I knew. If even they, these women other women already envied, weren’t up to snuff without tons of post-production work, did I even want to take part in the system at all? Did I even want the kind of jobs that a portfolio full of plastic-skinned women would earn me? I eventually abandoned most of the work mid-edit, unsure of how I felt about what I was doing (see the half-blurred hair around the neck in the black and white image above).

Even as these questions were running through my head, however, a snippet of conversation with a local wedding photographer kept sticking in my gears, too. She understood the problematic implications of needing to photoshop women in order to make images of them “presentable.” On the other hand, she pointed out that the camera allows us to see in a way that human eyes can’t. An entire face can be thrown into sharp focus for a camera even from afar, while human eyes can’t pick up on every pimple, enlarged pore and wrinkle unless we’re standing pretty close—in which case we’re often in some sort of relationship that dismantles our ability or desire to judge one another based on appearance alone. And even when we are in conversation with other people, we just can’t take in everything at once, sharply and critically, the way a camera does. Furthermore, we see the face and body from more than one angle, in changing light, and so on. 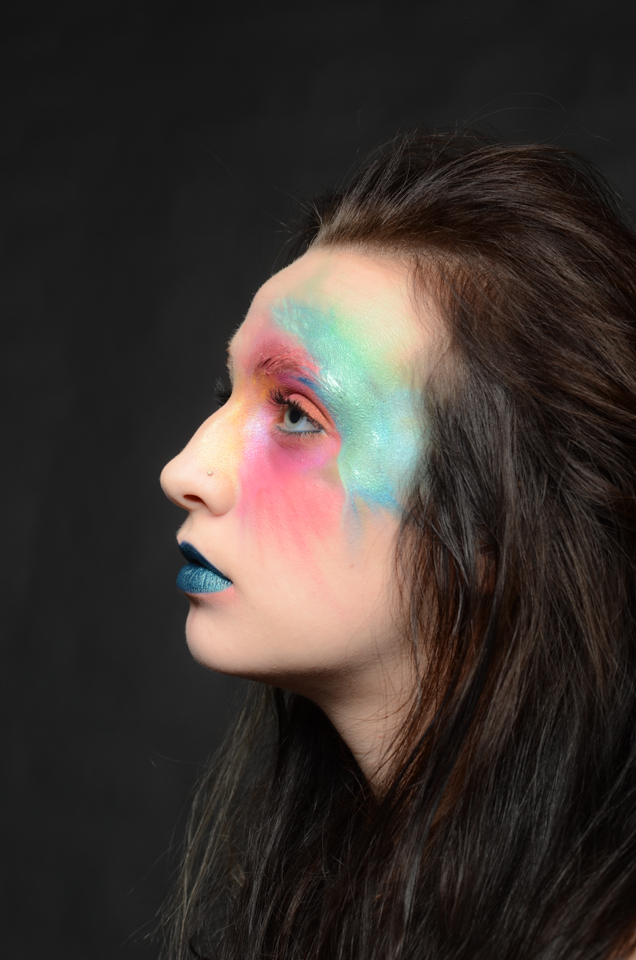 In short, this photographer felt that leaving a photo un-retouched was no more accurate in representing the persons pictured than a retouched one, if it didn’t communicate the way that they would actually be seen by another human being relating to them. And this, too, made sense to me. Perhaps in eliminating a few distractions here and there we are actually helping to create an image that communicates more about the real person, and not less. And why immortalize a blemish that hasn’t always been there and won’t always be?

Overall, there’s a very fine line between “removing distractions” and photoshopping a human being into a plastic doll, and it’s a line I still haven’t pinpointed as a photographer or as a consumer of images. I’ve included these photos from last fall because they chronicle part of my own grappling, and it’s probably obvious—the amount of editing required for each was very different. What does that mean about the women pictured, about me as a photographer, and about the intended audience? And what’s the most ethical approach to post-production tools like Photoshop? I’m not sure, but one thing I do believe is that we need to be aware, we need to be talking about it, and we need to be more than blind consumers of images (pun intended).

Thanks to my patient models Gina, Olivia and Lindsay for their help, and a special shout-out to Lindsay for her makeup wizardry (and also for her persistent but gentle way of getting me to actually do something with the images I take).

4 Responses to "The Ethics of Photoshop: Experiments in “Beauty Photography”"