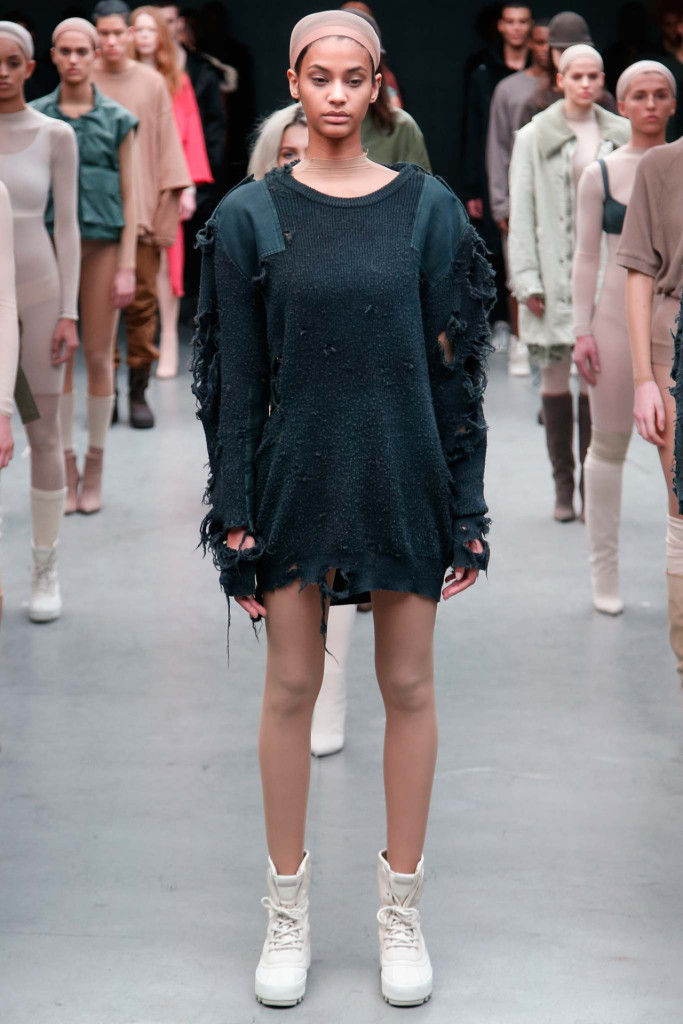 Kanye West is a controversial figure, and I’ve written about him before in an admittedly less-than-flattering way. The truth is, though, that my feelings about Kanye are complicated; I love his music and I’m fascinated by him as a fashion personality, despite his flaws. Style.com recently published an exclusive interview with him about his recent collaboration with Adidas Originals, in which he discussed everything from the unique casting of the show to the fact that he sees himself as the “New York of people.” Here are some of my favorite looks from the show along with quotes from the interview that caught my attention.

“I think high fashion is about elitism and separation, and I am completely opposed to that.”

“I don’t need any more negativity in my life [laughs] to make me work harder. I can’t possibly physically work harder. I have to tell myself to go to sleep.” 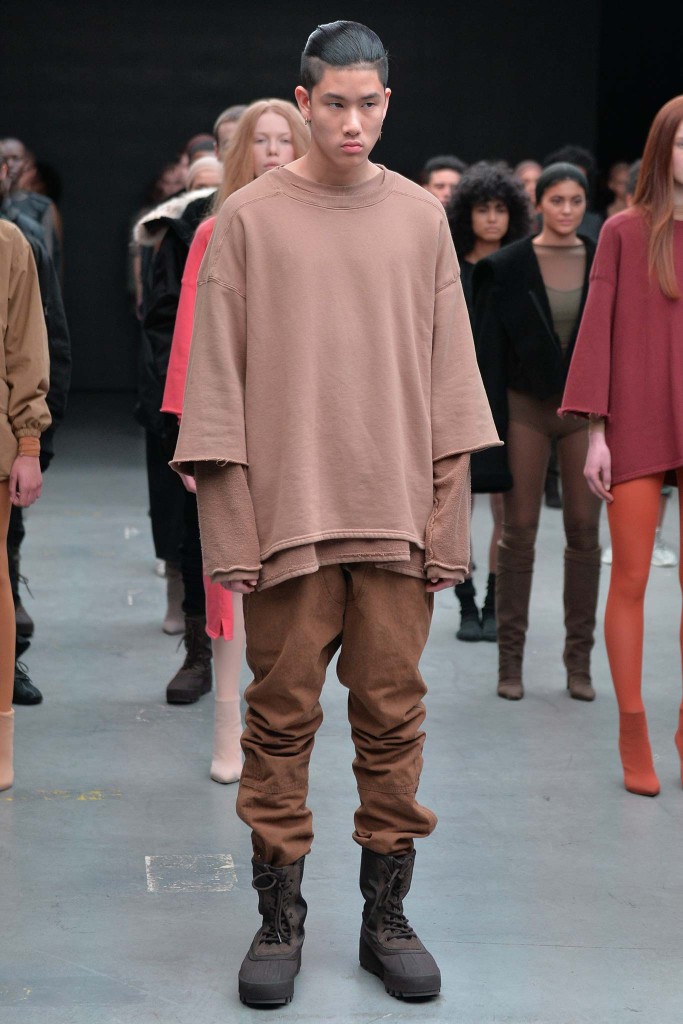 “Why does Kanye West pander to fashion in this way?” I don’t pander to it, I’m trying to learn from it. Because I believe there’s some information in it that can help people have better lives. And it’s being held and blocked and not given to the people. ”

“I don’t want to disrespect designers by calling myself a designer, I just think I have a vision of something that I want to do.”

(Referring to the way that he and Kim influence one another): “We looked at the photographs together and she improved my style, we improved each other. 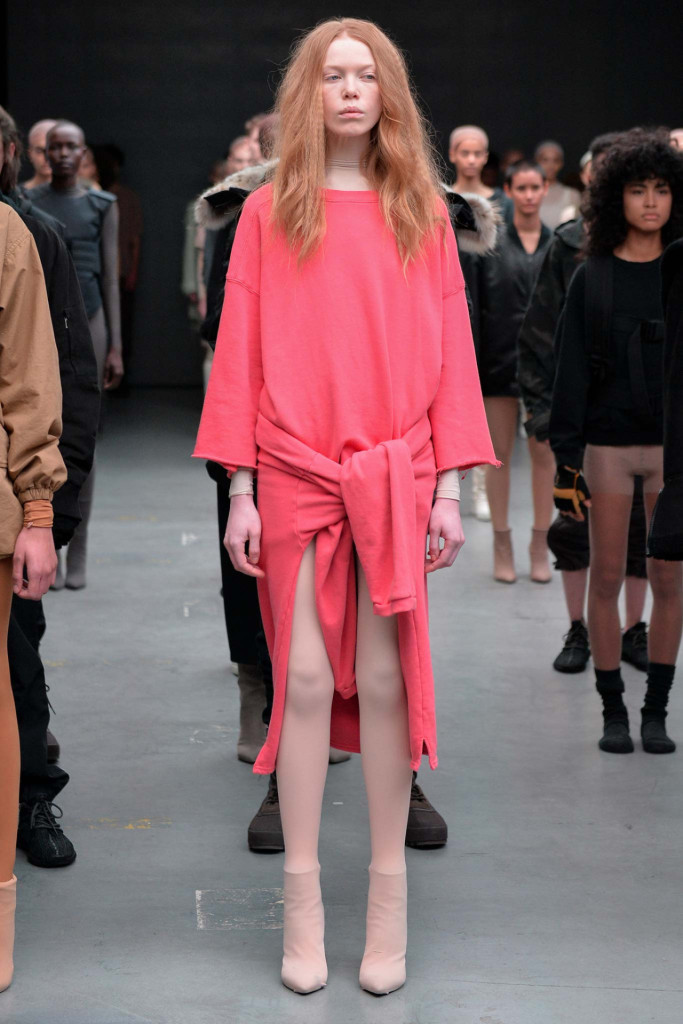 “I work with really strong women, like Vanessa [Beecroft, the artist who staged the Adidas show], that will not allow a woman to even be halfway disrespected. It’s such a far cry from what you would traditionally hear and see in rap.”

(The show started late): “I apologize to them for the wait. Let me just explain something to everyone. I’m sorry. I’m a human being. I’ve got opinions, I’m not always right, I’m not always on time, I don’t always say things in the proper way, but my intentions are always extremely pure.” 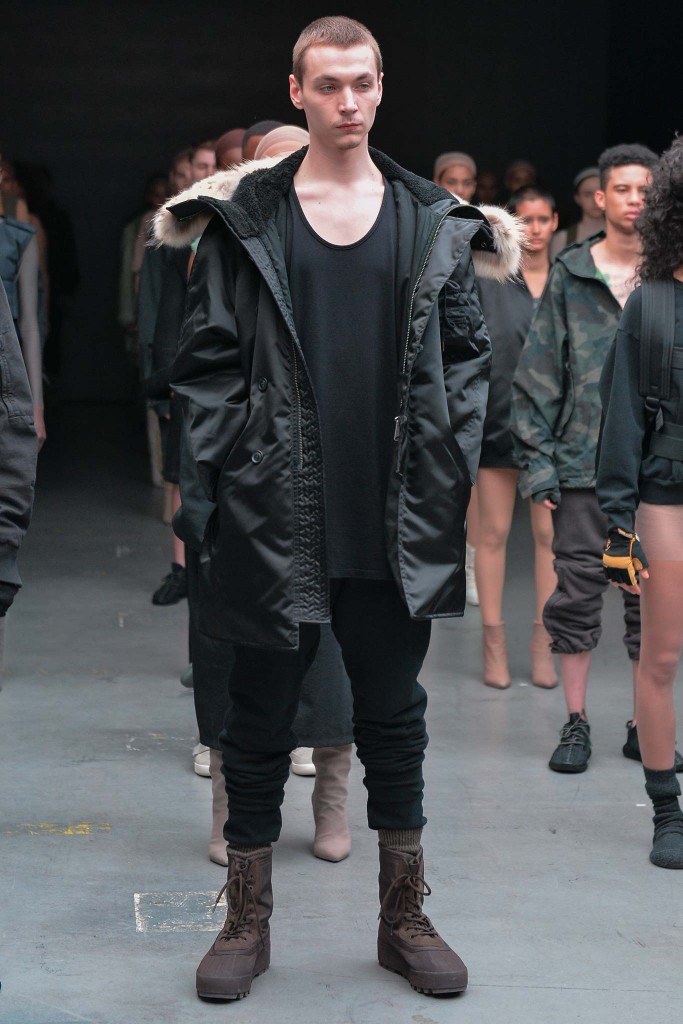 “I dislike the concept of chic being the highest compliment for a human being. I’d rather someone be nice than to be chic. But regardless, this person that was sitting to the left side of me was both nice and chic. And to the right side, this person was also extremely nice and chic and a real person in Oklahoma City. And I looked at the entire funeral and I said to myself, This looks just as good, if not better, than fashion shows that I go to in Paris.”

“We came into a broken world. And we’re the cleanup crew. And we’re only cleaning up by helping each other.” 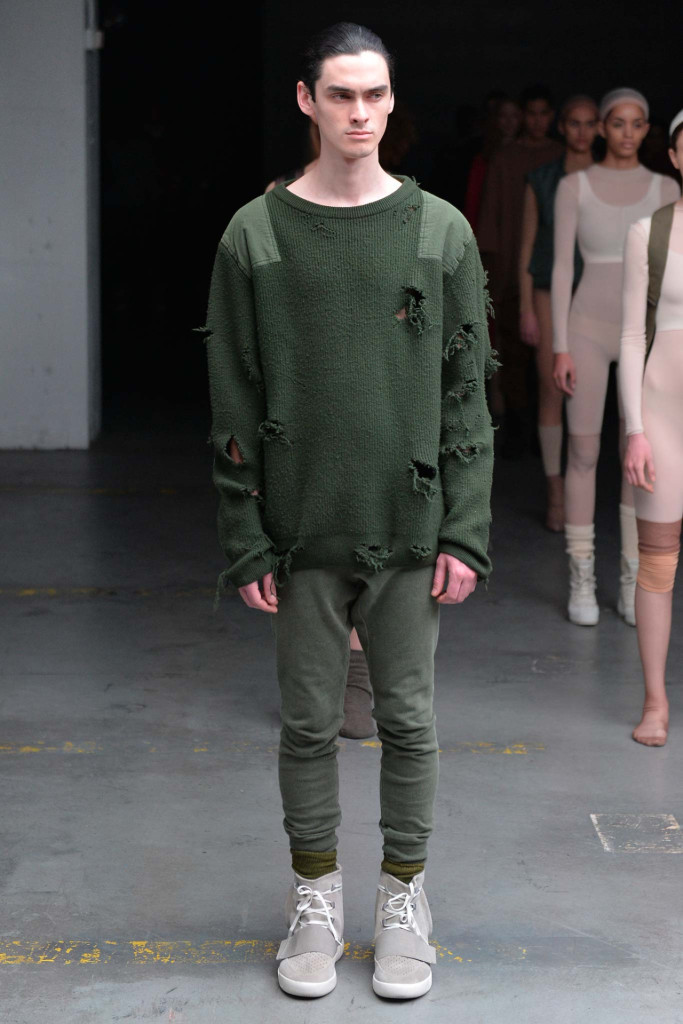 “I didn’t know who I was until I had a daughter. And then I realized that the purpose of life was to protect her and my wife at all costs. And that is who I am.”

What do you think of Kanye as an artist and designer? What’d you think about the collection?