It’s been a long time, Unwrinklers, which is a darn shame, because there’s been lots going on around here that you might be interested in—including my most recent art show, which looked at fashion as potentially both transcendent and mundane “Stuff;” an abandoned performance project related to the Rana Plaza collapse that feels especially relevant with all this #fashionrev stuff floating around, and a presentation I gave about the history of the color blue as it pertains to clothing in Marian icons.

Hopefully I’ll find time to share all of that with you in the near future, but until then, feast your brain on the things my friends and I have been recommending to each other in the last month: 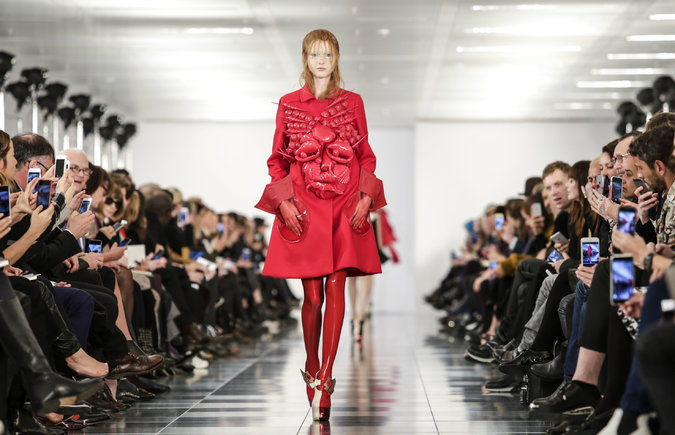 Another fashion documentary you really should see via NYT

“Mr. Margiela wanted, always, to make his audience think about what a shirt or a skirt or a dress actually was — what their expectations of it were — and then ask, why? Why does it have to be that way?… Maison Margiela, as Mr. Margiela’s brand is now known under Mr. Galliano, no longer asks those questions. That’s its right. Fashion moves on. But they were important, and should not be forgotten.”

A manifesto for a modern fashion industry via i-D 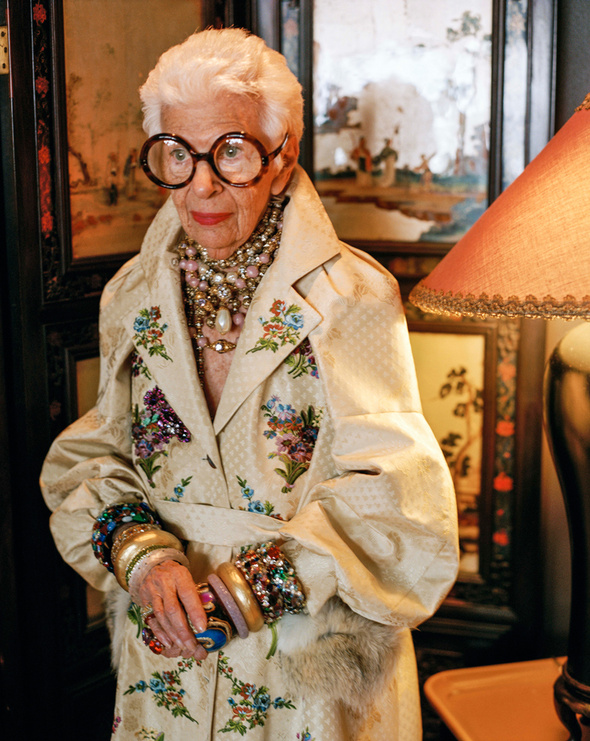 Iris Apfel on Her Life, Her Style, and What’s Wrong With Fashion Today via Style.com

“I go out in New York and I think, boy, you can look at someone and pretty much determine their ZIP code. Everyone seems to want to conform… Look, being an individual takes effort. Most people are pretty lazy. And that’s OK! I mean, there are more important things than fashion. If it’s going to stress you out to have a sense of style, don’t do it. The important thing is to be comfortable so you can get on with your life. But I do feel—people miss a lot, if that’s how they approach style. They miss out on this whole creative experience.”

(Apfel also did an interview awhile back with my beloved Tavi Gevinson, which you can see here).

“…We set up this grievance reporting service because we knew we ourselves and other models had all this sexual harassment and abuse that we’d experienced, or one-sided contracts with our agencies, or difficulty getting paid the money that we were owed, but there wasn’t really a safe place to air those grievances.” 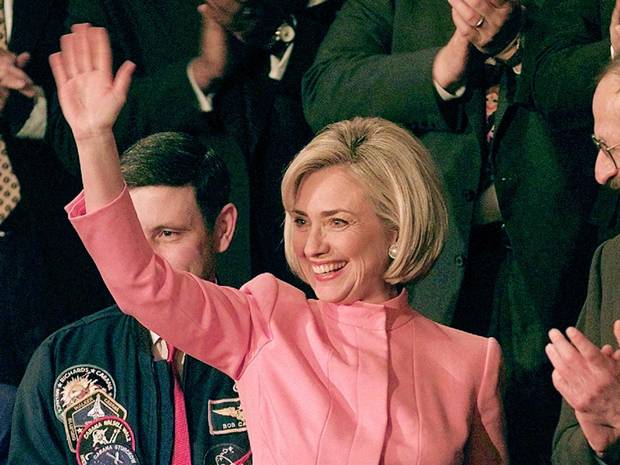 “That is why Hillary Clinton is appearing in the fashion pages: because what she wears matters, and matters more than it would for male presidential candidates… “All image making is calculated, and that includes fashion choices – for both men and women in public roles,” says Kate Betts, formerly editor-in-chief of US Harper’s Bazaar… Rightly or wrongly, you can bet that [voters] will want to know who designs Mrs. President’s inauguration gown.”

“Beauty has always been defined by its opposite. There is no way to excise the concept of ugliness from the concept of beauty, or to permanently keep it from being used against [women]. The prevailing cultural definition of beauty is rooted in hierarchy, racism, misogyny, ableism, homophobia, ageism, cissexism, and other forms of marginalization. Instead of fighting for a seat at a table so rife with oppression and violence, wouldn’t it be better to find somewhere else to sit?”

Know of a great article I missed? Pass it along! For more regular updates to feed your fashion brain from the sources I tend to consume, follow Unwrinkling on Twitter or Tumblr.

All photos included belong to the publications linked to.