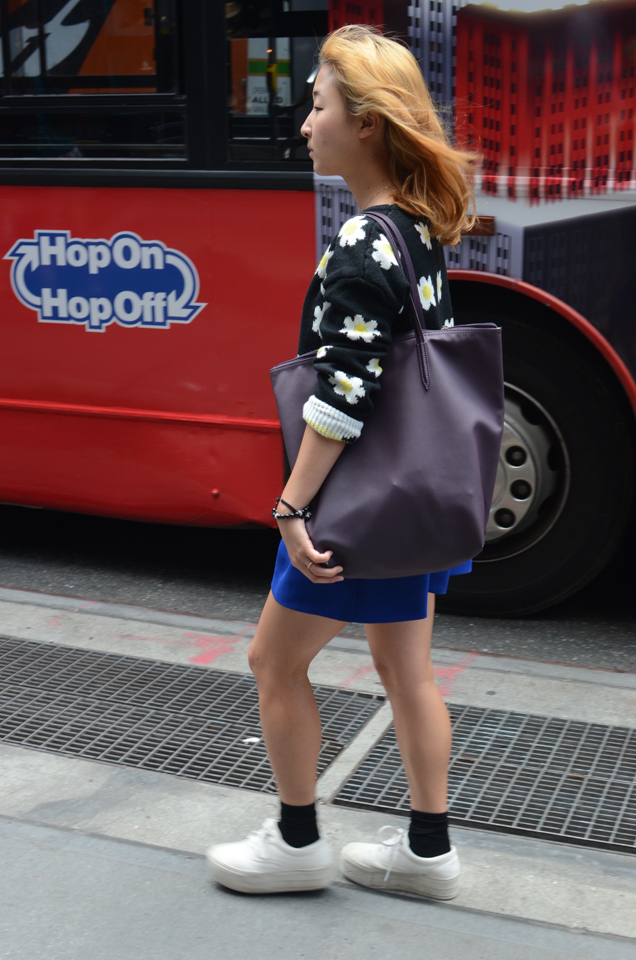 2. Since it is fashion week in the Big Apple, the interweb is already clogged with NYC street style pictures. I have a few feelings about this:

a) I don’t want to share my own images from the summer. Why would you want to look at my shot-from-the-hip, sometimes cowardly work when you have the likes of Tommy Ton and Bill Cunningham to cover you? Besides, I have to admit that I did a lot more drinking in the beautiful clothing around me than I did recording it, and thus all my photos were taken in the span of one or two days (oops).

b) On the other hand, I struggle with the street style photos that come out around any fashion-crowd-drawing event at this point, whether it’s Pitchfork or Fashion Week. I keep thinking of what Kim France, founding editor of Lucky magazine, said in this very-worth-reading-in-its-entirety interview:

“What you see at the [fashion] shows is not street style. This is something I really have a bee in my bonnet about. The people you see in photos at the shows — that’s not street style, those are people who go out and buy stuff that was plucked right off the runways and wear it. It’s a small little group of editors and bloggers. Street style is like what Amy Arbus shot in the ’80s, what Gary Winogrand shot without making a point of it, what Bill Cunningham shot. It’s finding people on the street and things that are really coming from the ground up.”

I can’t claim that I would be able to ignore the elite group of models and bloggers France refers to if I had access to them. After all, they look good! But on the other hand, I think she has a point in highlighting that much of what made street style worthwhile in the first place is being lost if it’s become one more imitation game.

Ah, well. I don’t necessarily know what to think, and I know there are better photos of NYC out there right now, but here’s my offering nonetheless! A tiny glimpse at a few average Jills and Joes who caught my eye this summer. Do with them what you will. 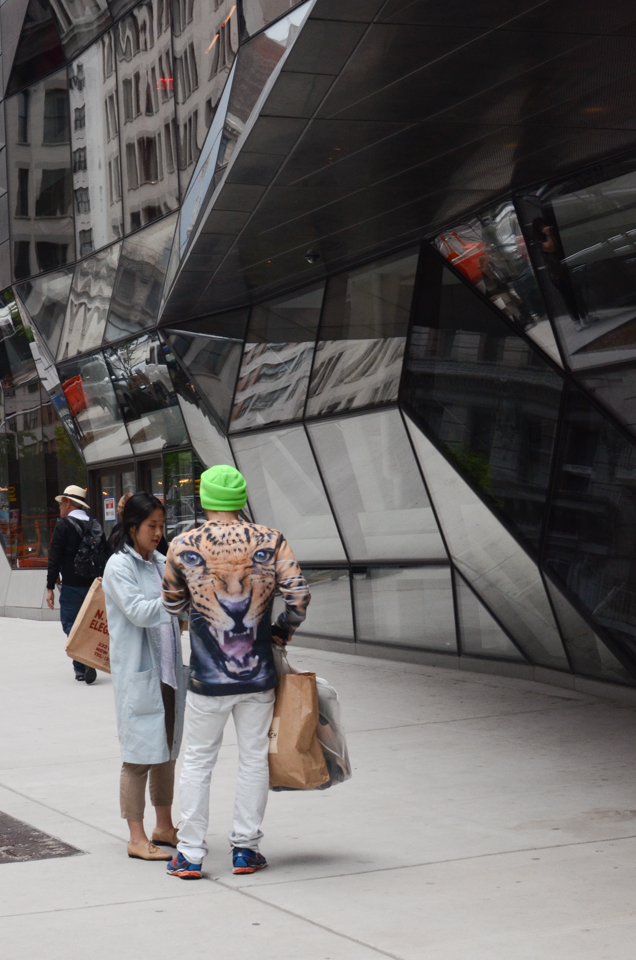 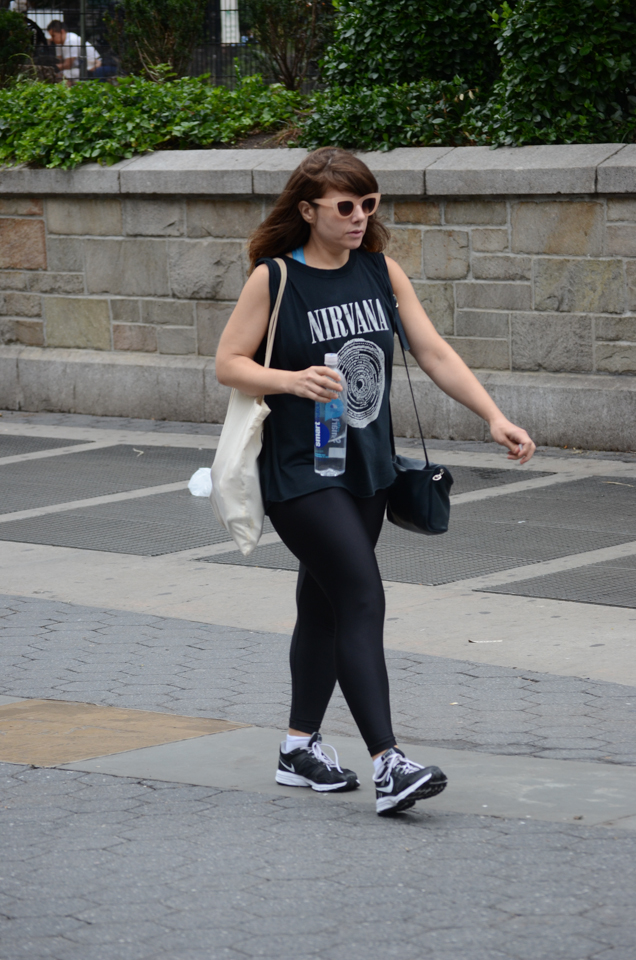 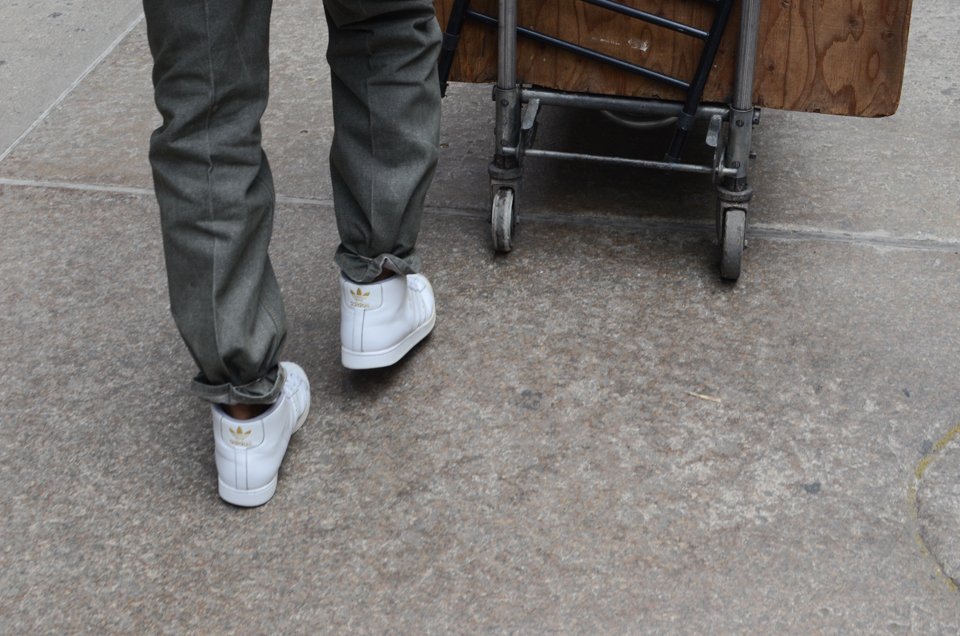 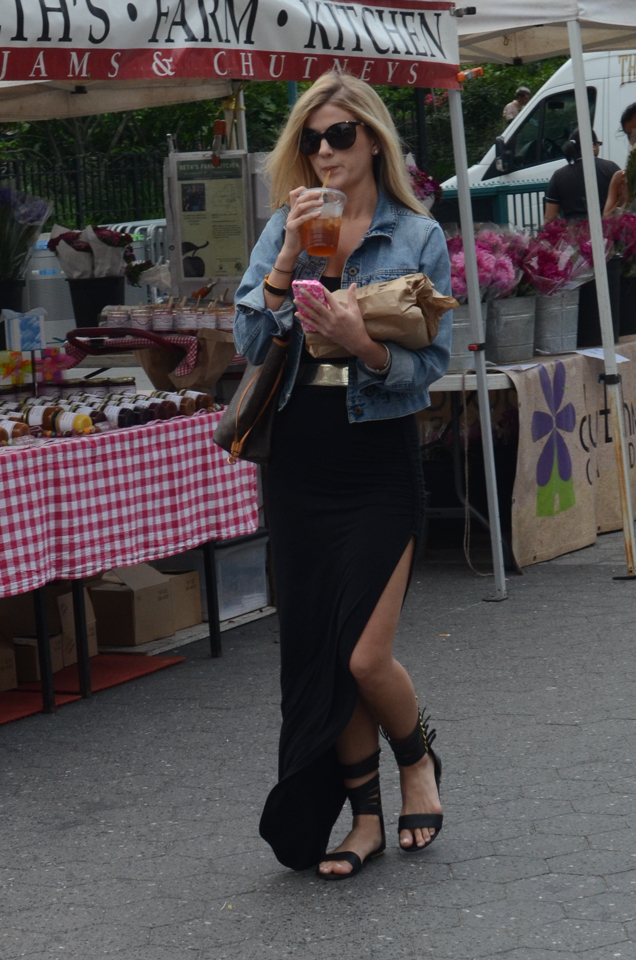 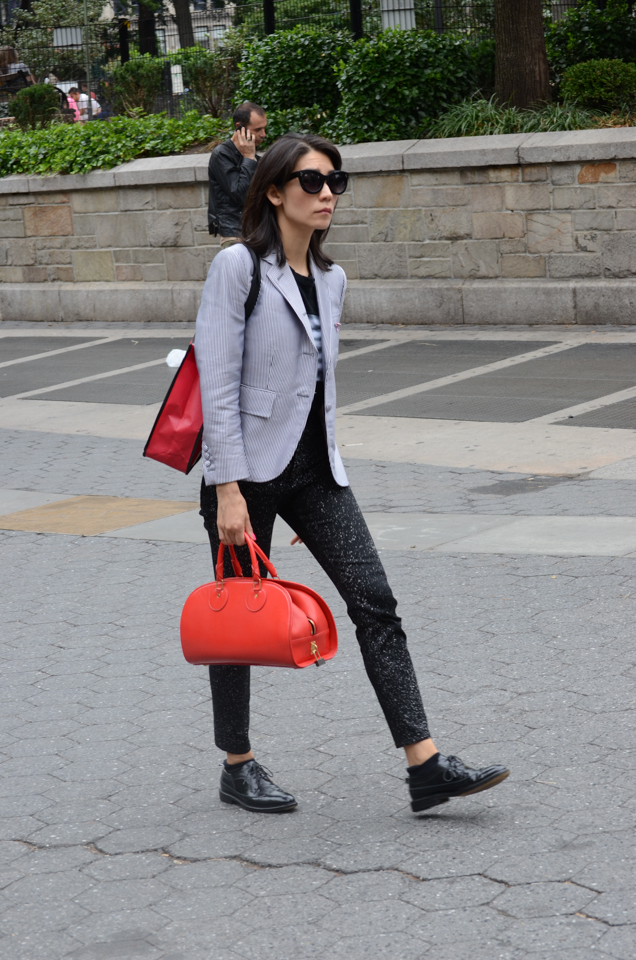 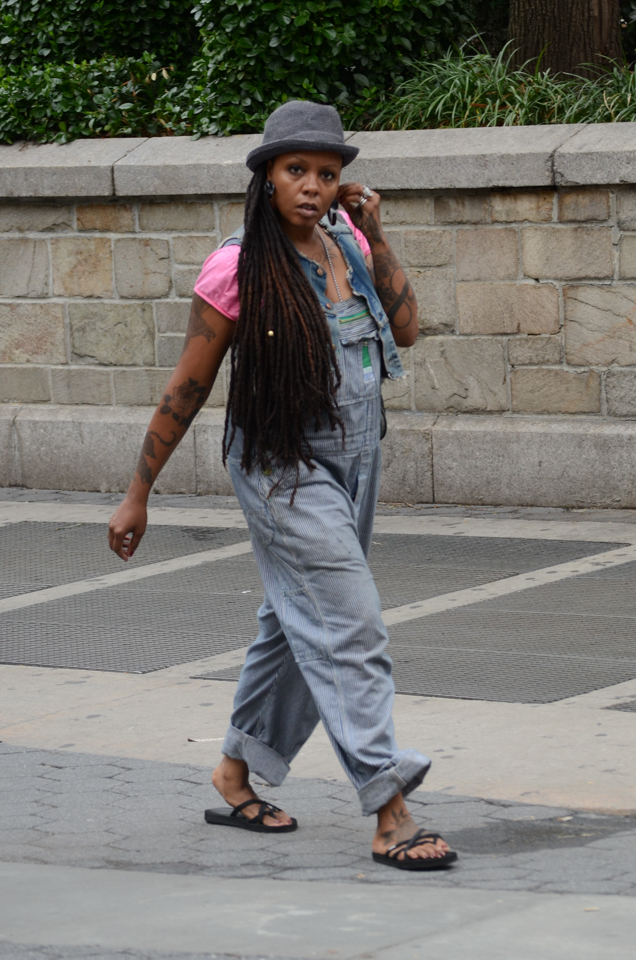 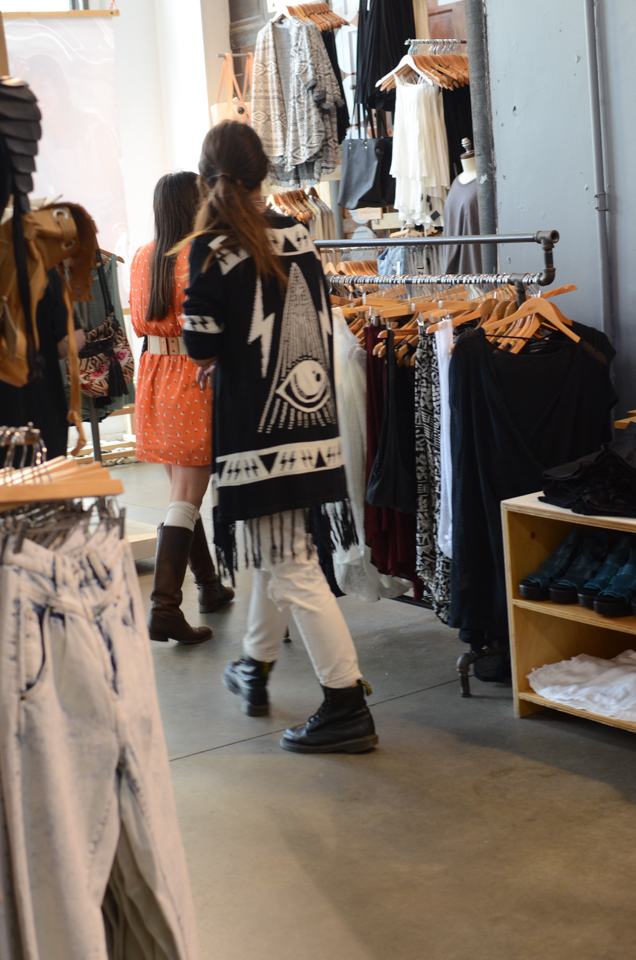 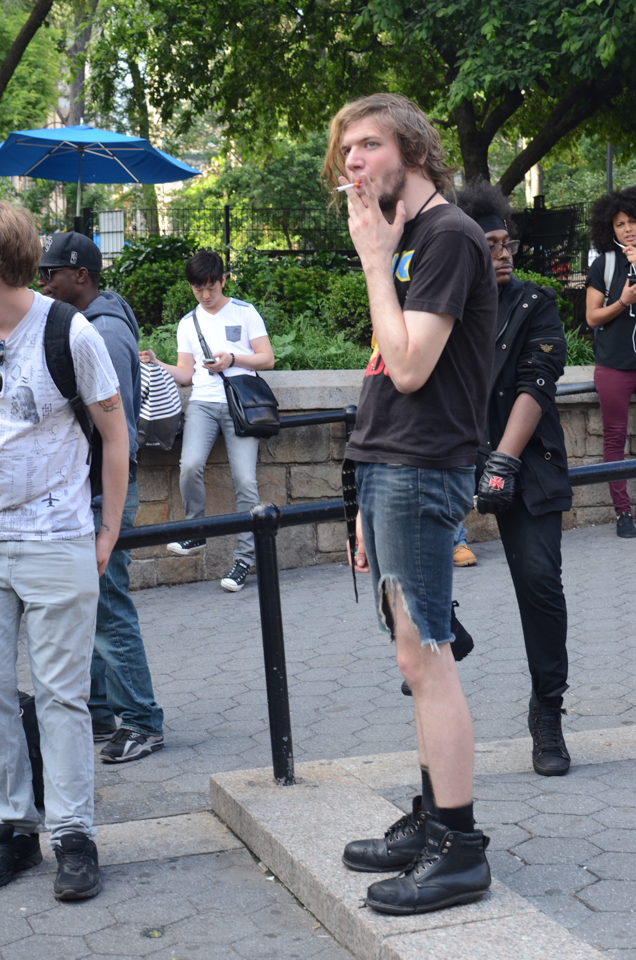 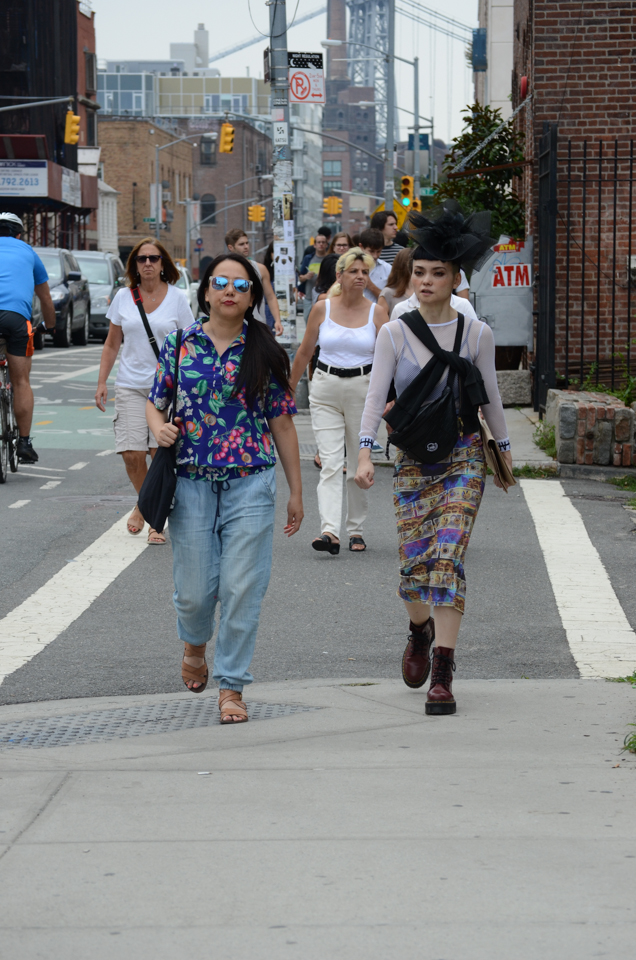 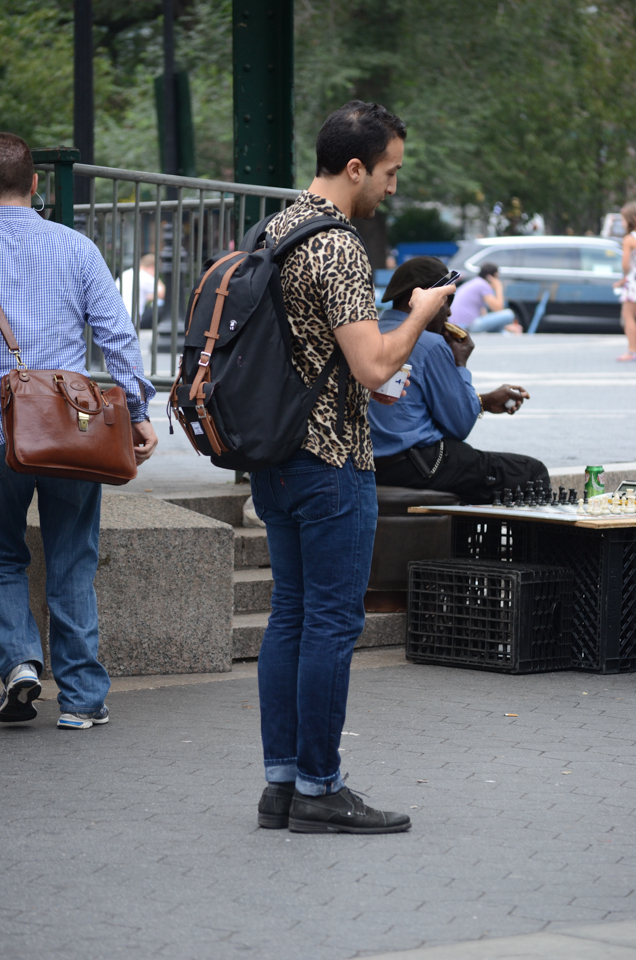 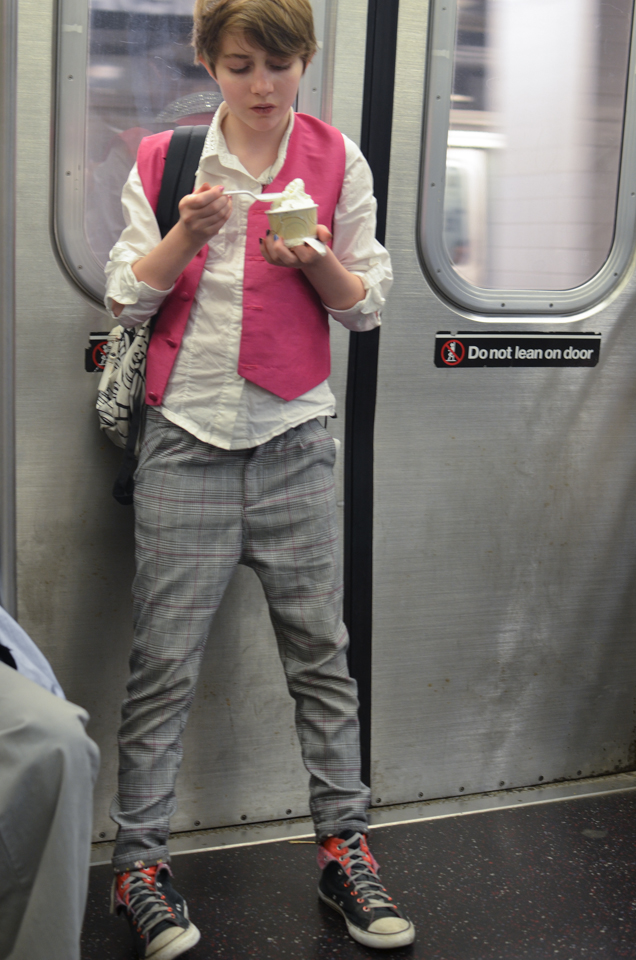 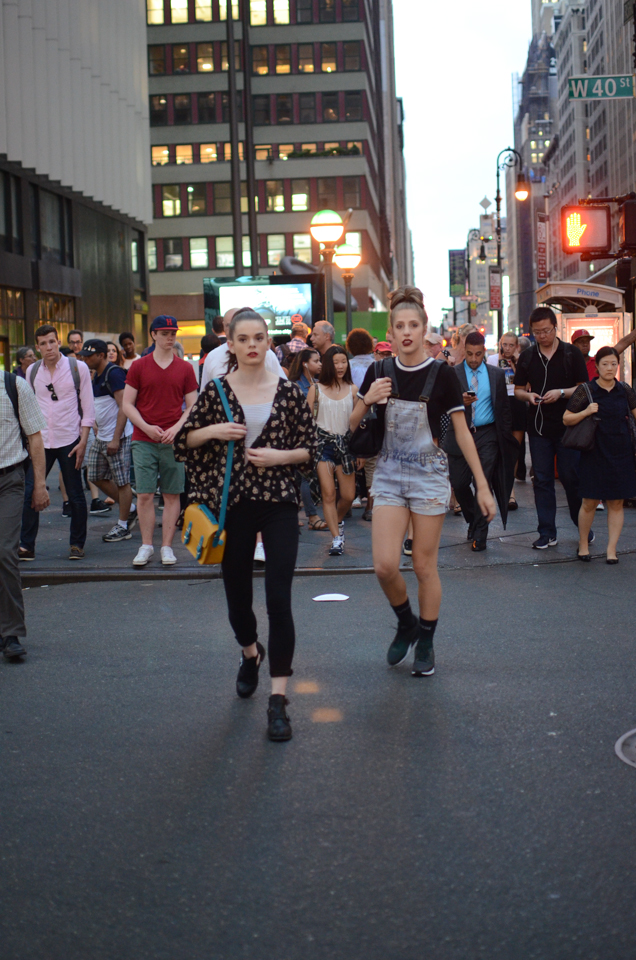 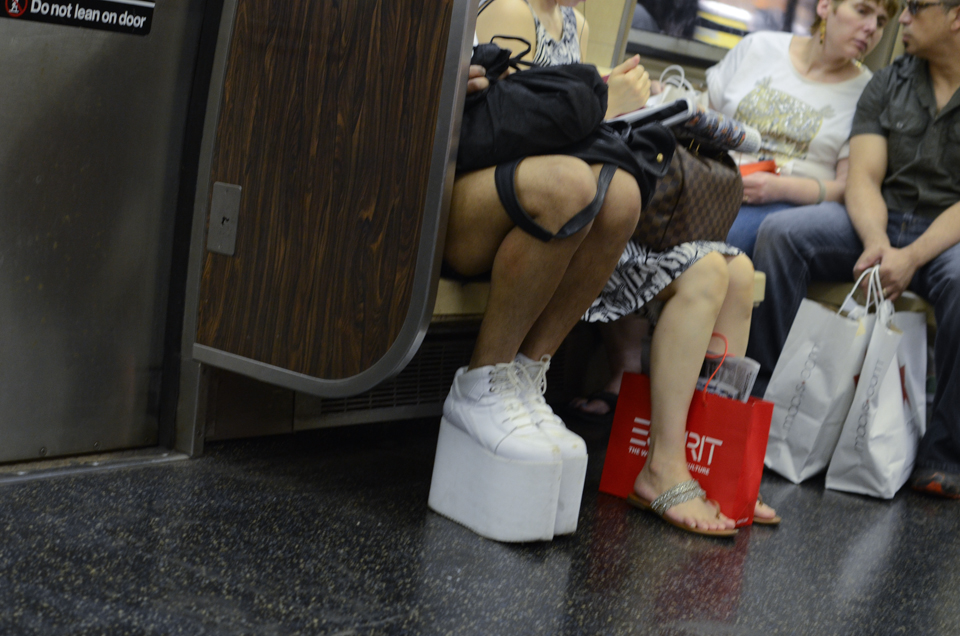 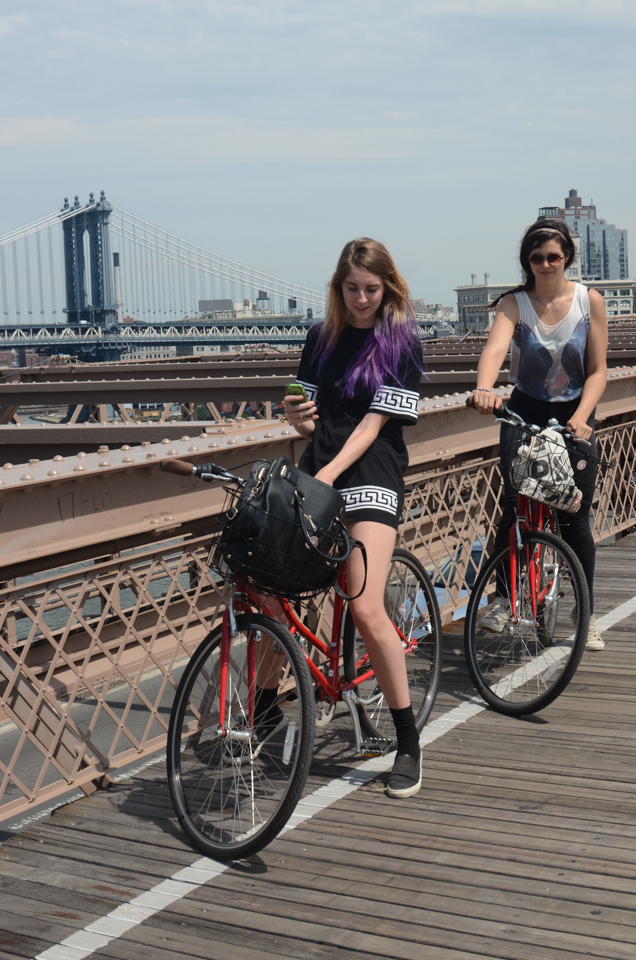 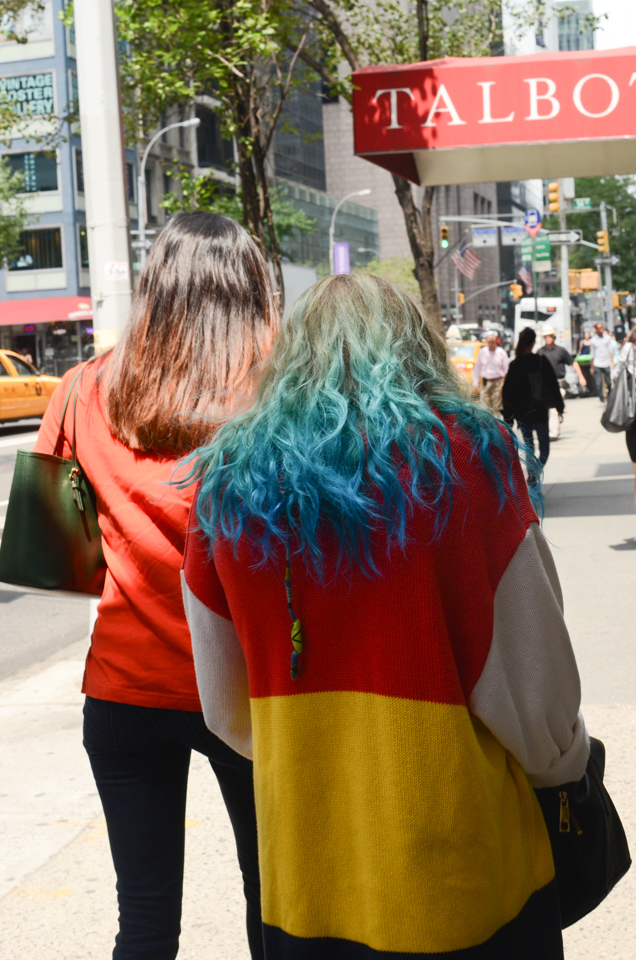 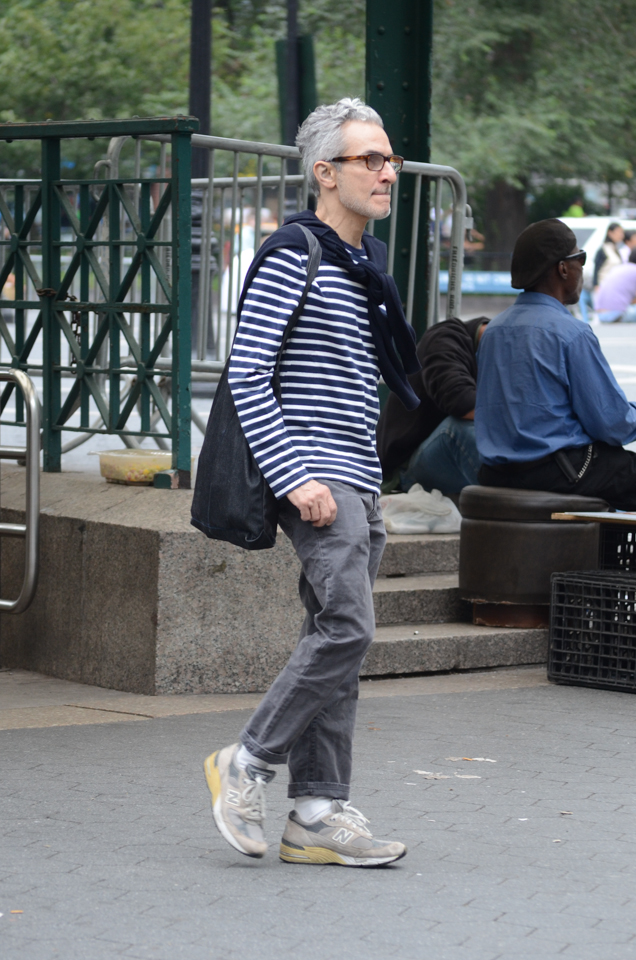 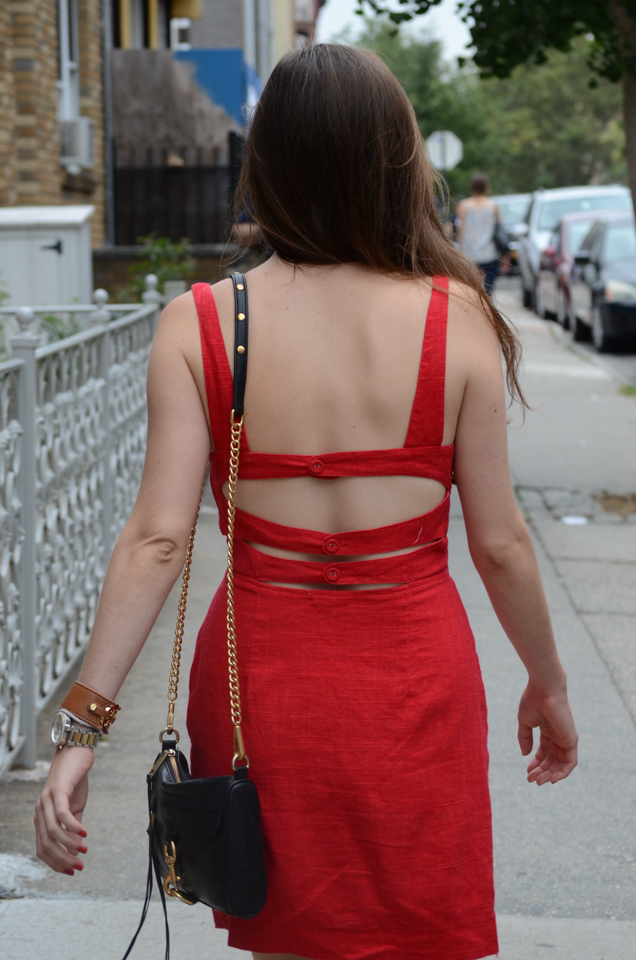 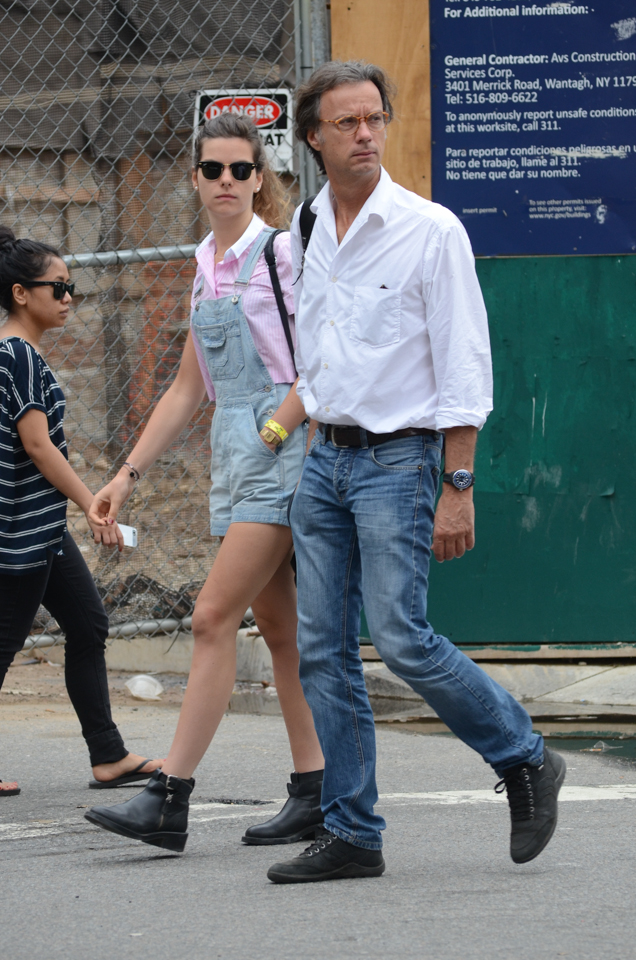 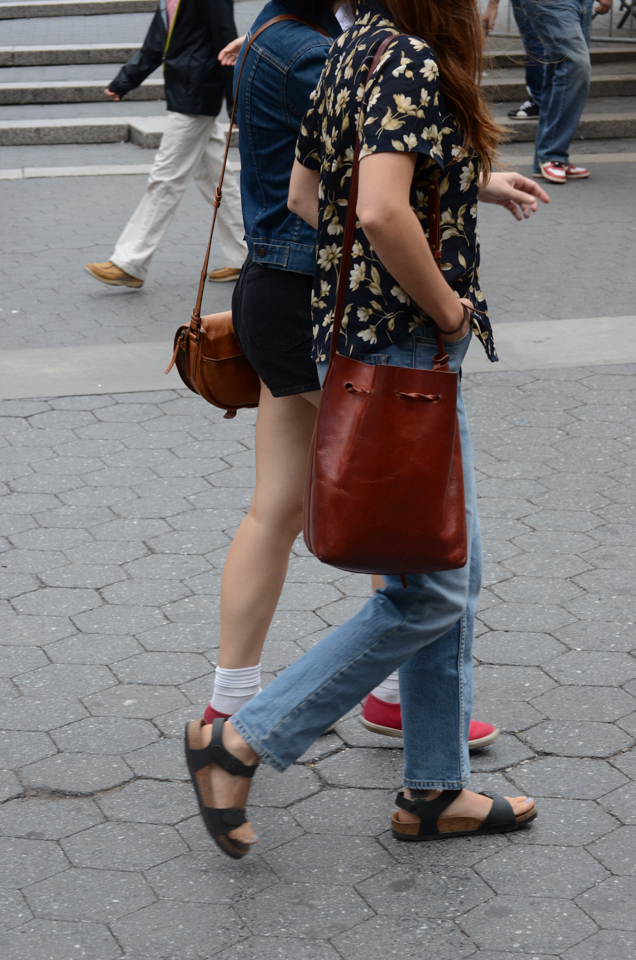 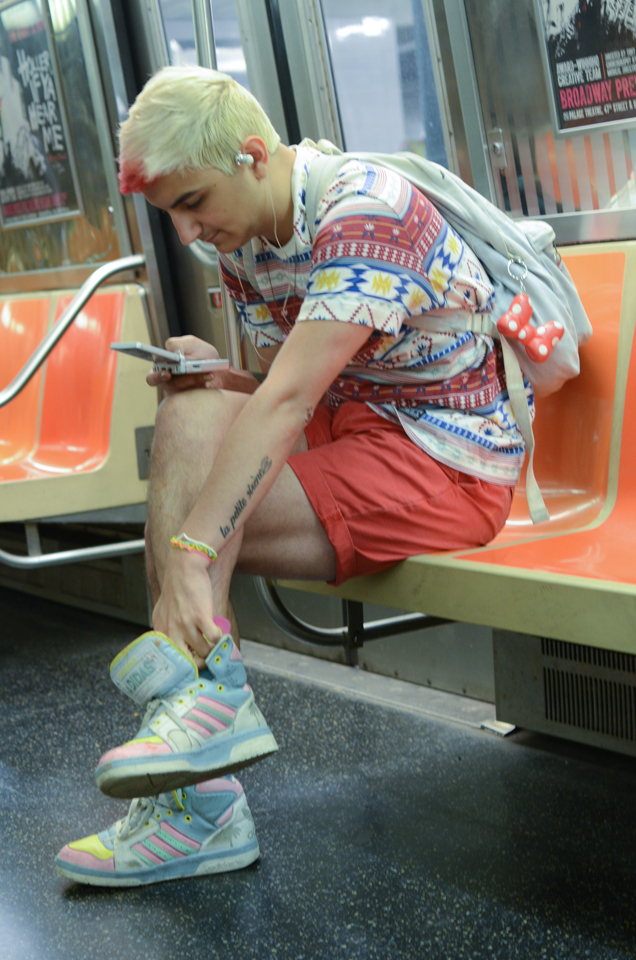 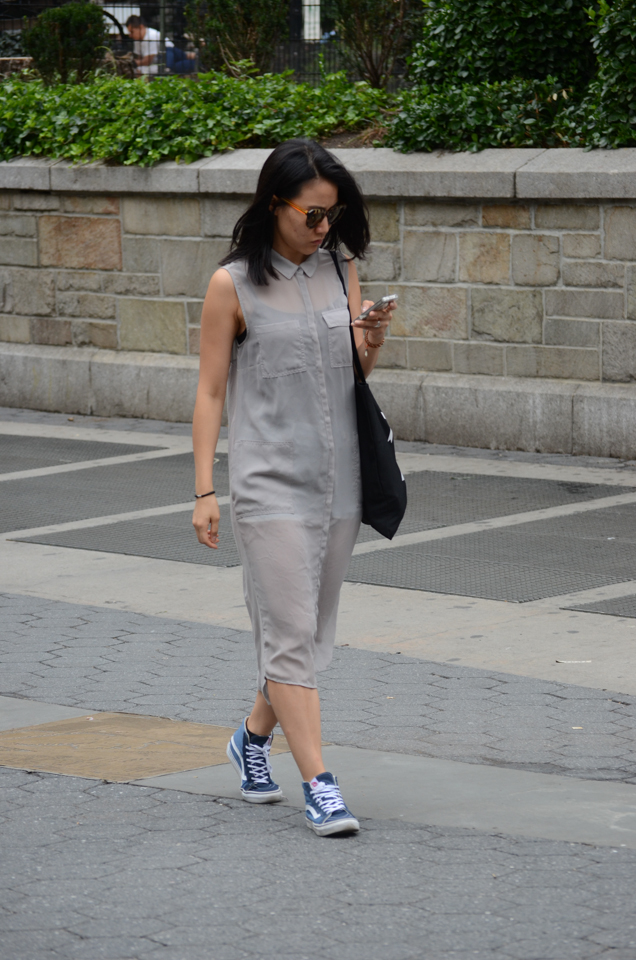 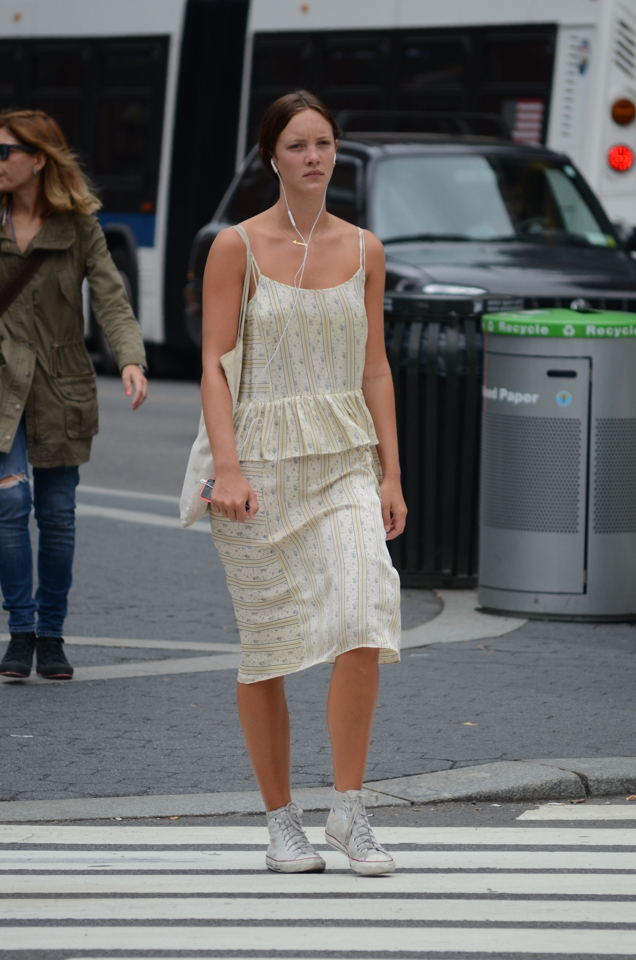 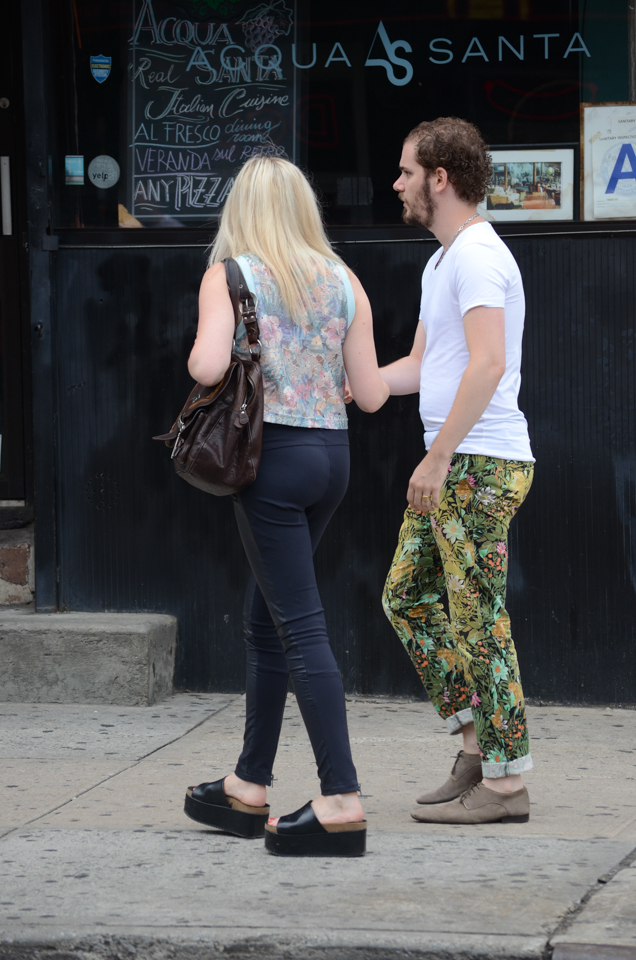 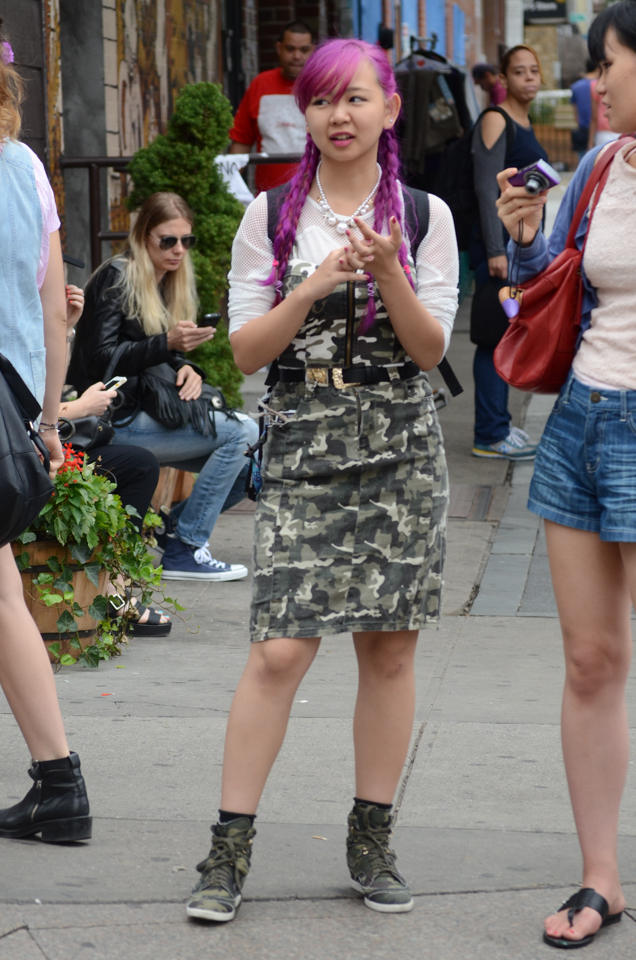 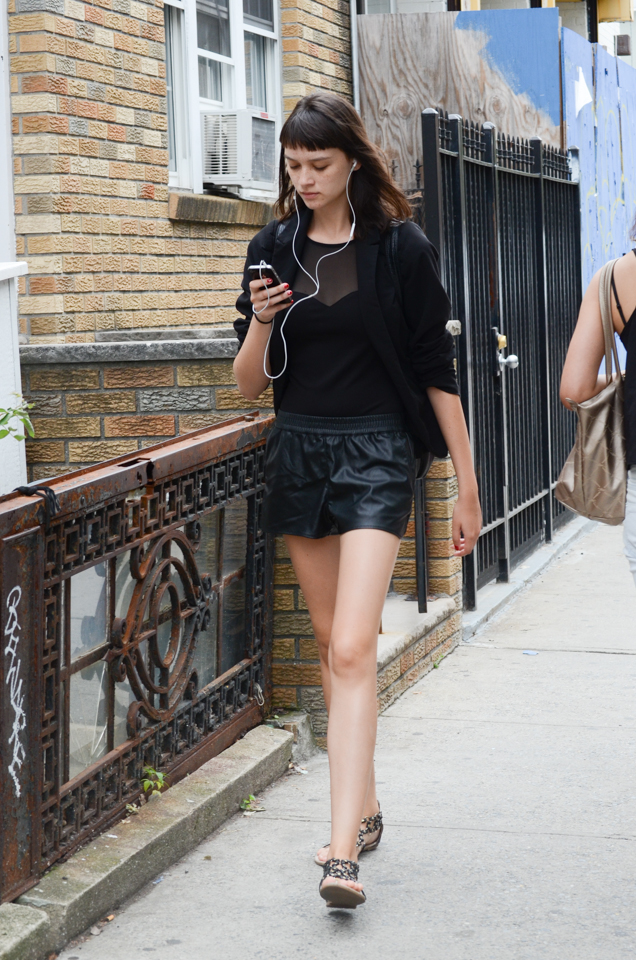 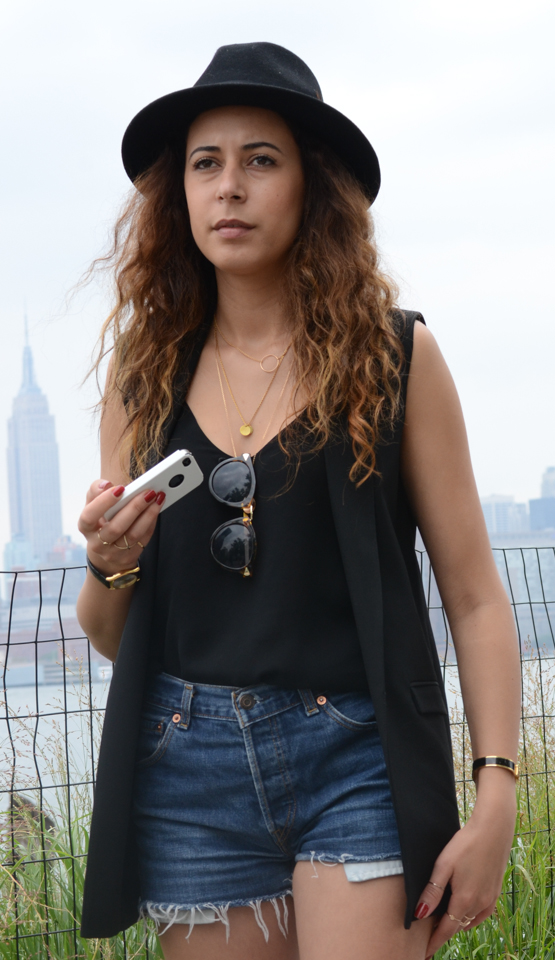 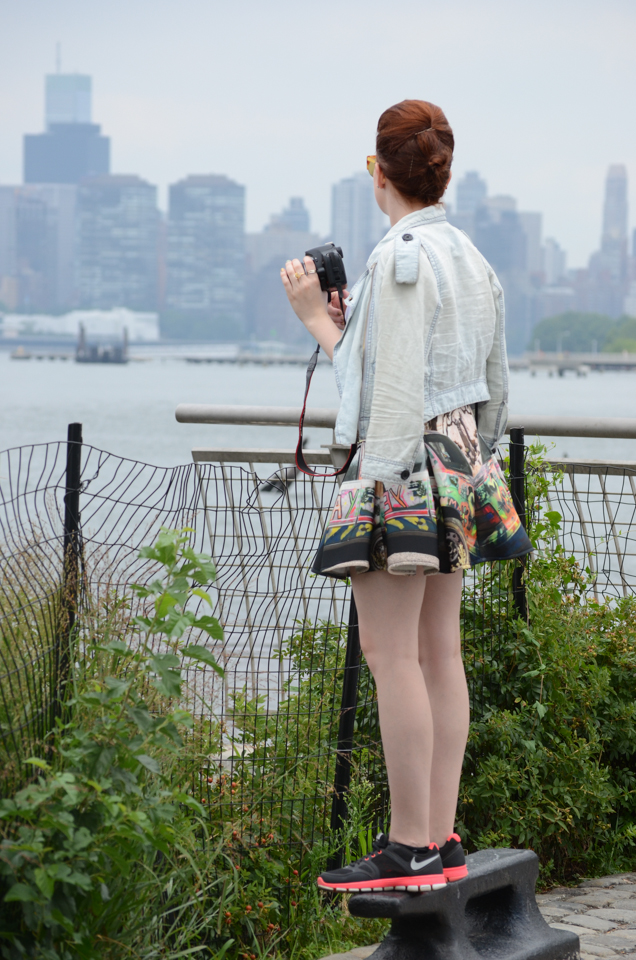 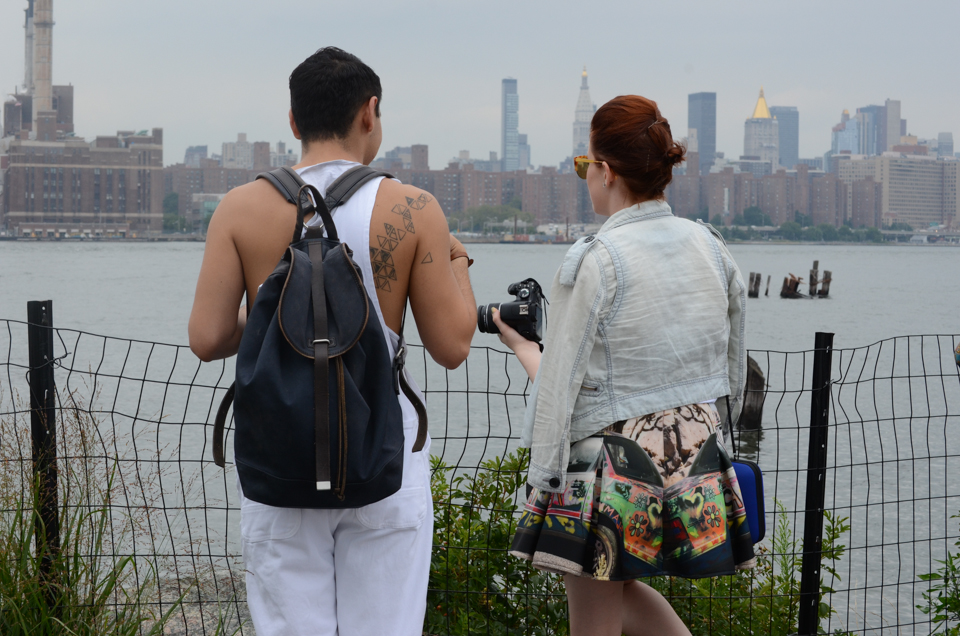