Looking for some good fashion reading to get you through the rest of this week? I’ve rounded up soundbites from the pieces I’ve been noodling on lately to help you on your way.

Will the New York City Subway Ban These Ads for Using the Word “Period”? via Mic

“‘We can objectify women in their lingerie, but the minute we acknowledge that they might be bleeding in their underwear, it’s no longer acceptable.’… According to Veronica del Rosario, Thinx’s director of marketing, the representative was concerned that children would see the word “period” in the ad and ask their parents what it meant.”

“Jean-Raymond says he won’t jeopardize his brand by aligning it with activism again, but he feels an innate duty to use his platform and the attention that comes with fashion week to speak out… Frustrated by the lack of action from the people with the power to influence the culture at large—like Kanye West or Rihanna or even Jay-Z—he decided to leverage the cult brand following he’s built to change the black narrative. ‘If we spark one mind… to give somebody an opportunity regardless of the color of their skin… that’s essentially what we are trying to achieve with this.'”

Subculture: The Meaning of Style by Dick Hebdige (book)

“Thus, as soon as the original innovations which signify ‘subculture’ are translated into commodities and made generally available, they become ‘frozen’… Youth cultural styles may begin by issuing symbolic challenges, but they must inevitably end by establishing new sets of conventions; by creating new commodities, new industries or rejuvenating old ones.” 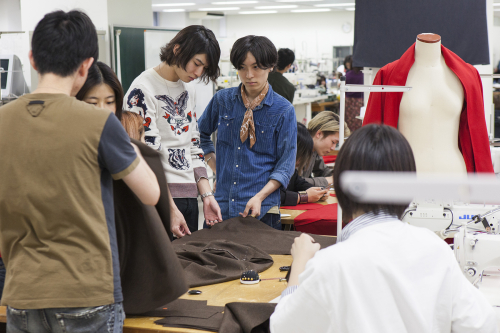 The Bunka Method via Business of Fashion

“Every year, Bunka takes the measurements of its students and creates mannequins that reflect the average of the class. As a result, the forms are much more reflective of real people’s figures than the standard Dritz dummies, used in most art schools around the world… ‘As part of their education, we want [them] to think about making clothes. Not only for people we consider ‘good looking,’ but also the elderly, children and those with disabilities. How can we make their lives better?'”

“How do “fashion statements” work? Although we are undoubtedly communicating in our choice of clothing, how does our attire communicate and to whom? Do our choices of clothing merely voice our individual tastes, or is our dress part of a larger discussion about social performance? If the context in which one wears a garment is just as important as the garment itself, and if these contexts are mutually constructed events, in what sense are we responsible for such “statements”?”

For more regular updates to feed your fashion brain from the sources I tend to consume, follow Unwrinkling on Twitter or Tumblr.

Photos via Mic and BoF, respectively.