Thick white mist swirled over spindly evergreens and frozen rivers as we left the Skavsta airport, and it finally began to sink in: I’m really in Sweden. Armed with one of my best friends, a borrowed backpacking pack, and cheap plane tickets, I was ready to take on the land that produced Ikea, H&M, and my musician crush The Tallest Man on Earth.

Although we only spent three and a half days in Sweden, I was surprised to come away feeling like I had really tasted the distinct flavor of Stockholm—it no longer seemed like just another big city. Its geography alone is unique enough to distinguish it: Stockholm is spread over 14 islands in the Baltic Sea and Lake Mälaren, and waterways dominate the cityscape.

Besides the unusual setting, one of my favorite aspects of the city was the way its inhabitants dressed. Although large cities are generally good places to find fashion-minded people, Stockholm had a higher proportion than most cities I’ve spent time in (equalled perhaps only by Seoul, South Korea). Everywhere we went—subway stops, shops, restaurants—I found myself rubbing up against city dwellers whose clothing was expressive, put together, and unique.

In general, Stockholm’s style was characterized by clean edges, structure, and a simplicity of line. This was especially evident in women’s wear, which showcased more pants than dresses or skirts—and when the latter did show up, they were rarely flowy, lacey, or ruffley. A few trends in particular that popped up everywhere included bizarre hair colors, Chelsea boots (usually paired with skinny cropped trousers), and simple cloth carryalls. I also noticed a good deal of 70s throwback items in stores.

I would postulate that the prevalence of fashion-conscious Stockholmers stems at least in part from the city’s emphasis on the visual, which is evidenced by the numerous art galleries peppering the city—including some below pedestrians’ feet. Stockholm’s subway system also functions as the world’s longest art gallery, and this is just one of the many ways that Stockholm helps to foster a rich visual culture. 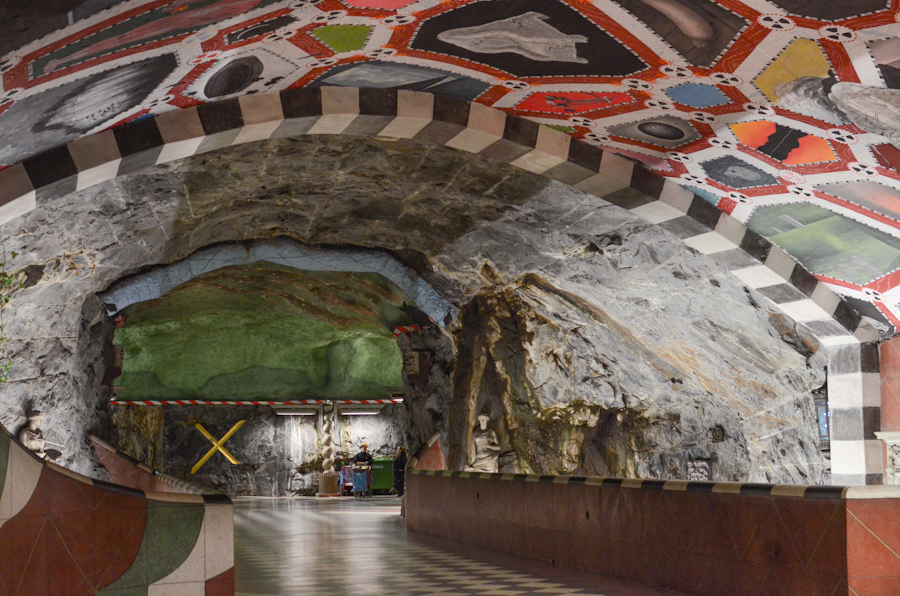 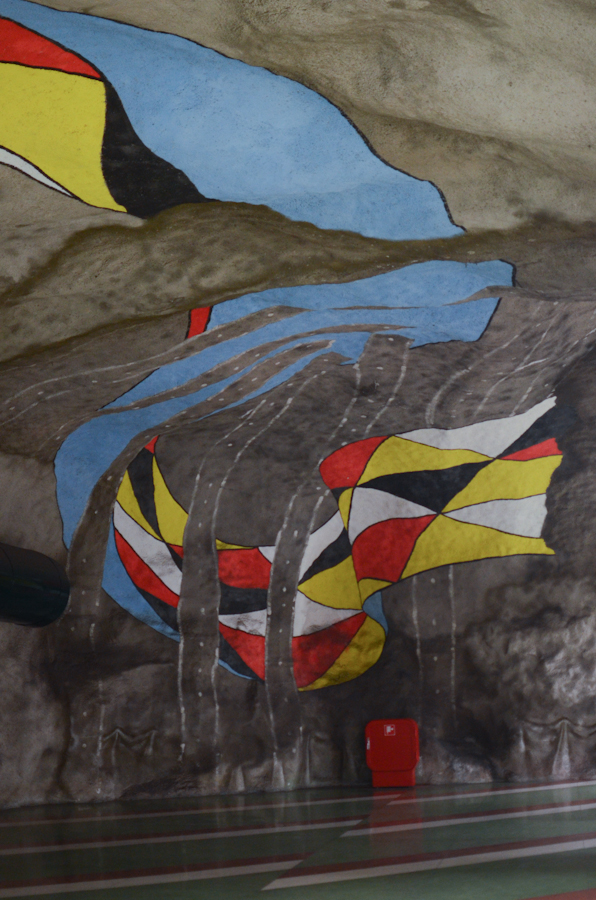 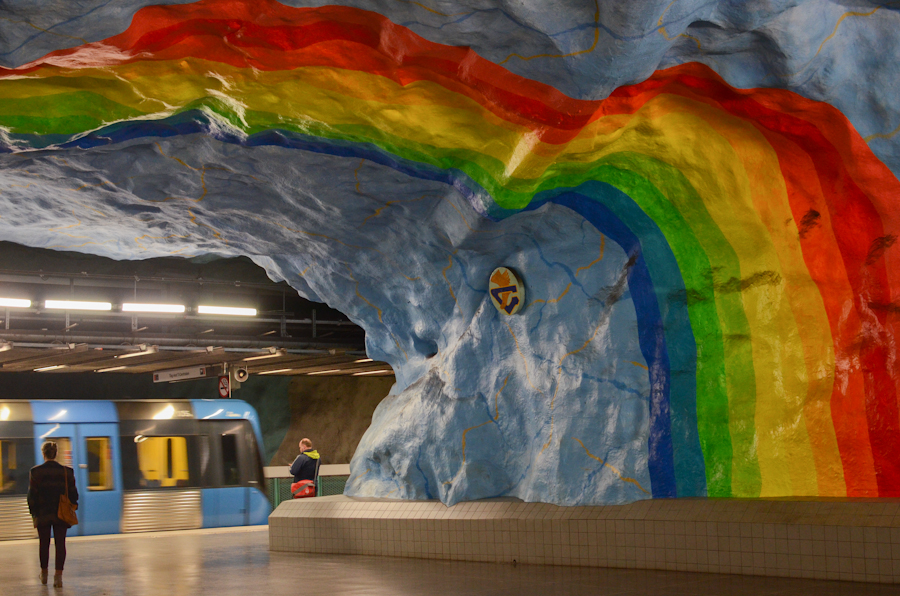 My own visit was dictated by two things: first, the lack of money possessed by myself and my travel companion, Emma; and second, our love of music, art, fashion, and anything vintage. As such, some of the highlights of our trip might be useful to any other “starving artists” visiting Stockholm. My personal favorites:

1. Wandering Gamla Stan (aka Old Town). We enjoyed meandering through the narrow, cobble-stoned streets between ochre-painted buildings on this island in the heart of the city. Stockholm Cathedral (Storkyrkan, in Swedish) is free and worth stopping into both for the gorgeous interior and the shelter it provides from the elements—and you may even get to hear the magnificent organ.

2. Eating local food. Sweden is famous for its fish, lingonberries, and meatballs—and a great place to try two of the three is at the street vendor you’ll find right outside the Slussen train stop. Order the fried herring with potatoes, and make sure to include the lingonberries as one of your chosen condiments (the garlic sauce is really good, too).

3. Spending time in Södermalm (often shortened to Söder). My favorite area in Stockholm, Söder is a young, artistic island full of vintage shops, small art galleries, interior decor boutiques, and more. The day we spent here was the first warm day of spring, and there were hordes of creatively-attired young people sitting in the park or on the sidewalk eating, smoking, and talking, generating an air of impromptu community. For you Chicagoans, think of it as the Wicker Park of Stockholm, populated with too many attractive Swedish hipsters to count.

4. Visiting a flea market or thrift store. We were blessed that our visit coincided with the biannual Årsta Mercado, and we happily joined hordes of people perusing tables piled high with vintage clothes, picnic baskets, old maps, and secondhand crockery. Årsta is replacing Söder as the trendy area for young “alternative” people to move to, as Söder’s gentrification has made it impossible to afford for the very demographic that initially made it appealing. (To use Chicago terms once more, Årsta is the Pilsen of Stockholm). For anyone not visiting on such a weekend, the Myrorna thrift store in Vasastan is a great place to start.

5. Attending free events in the city. Our last highlight is not one easily re-created by others: We attended Stockholm’s Culture Night (Kulturnatt), an annual event in which museums, galleries, theaters, and more open for free all over the city. We enjoyed attending a silent film, visiting a few art galleries, and (my personal favorite) metalworking at midnight to create bottle openers that we hammered and shaped ourselves. Even if you can’t attend next year’s Kulturnatt, it pays to do your homework and find out what free events are happening in the city.

If I could go back, I’d also make sure to hit up Djurgården, which has a lot of great museums and beautiful natural scenery—so if you’re in Stockholm on a sunny day, scope it out for me.

I’ll be posting an image gallery of street style from Stockholm next week, but to get your Swedish fashion fix in the meantime, here’s a few bloggers worth checking out: Elsa Billgren (who blogs for Elle Sweden), Ebba Zingmark, Cosette Munch, Andreas Wijk and Robbie Jonsson.