Happy 2015! Here’s an update on some fashion-related things that have happened in my world lately:

I was featured on Look du Jour, a blog connected to UCOF Academy, which is an NYC-based non-profit using fashion education to empower under-resourced youth. Learn more about UCOF’s awesome mission here, or spy on my cicada earrings and hear me gab about aesthetic ritual, un-palatable clothing, and fashion as communication here.

I was interviewed by a fashion student in the U.K. for a paper she was writing about religious imagery in fashion, based on this piece I wrote for Her.meneutics in 2013. An excerpt from my interview answers:

A few things that could serve as guidelines for trying to understand how to employ religious- or culture-specific imagery in a manner that’s respectful:
1) Wearing symbols or imagery associated with one’s own faith or cultural tradition. If a long-time Catholic is wearing a crucifix to church or a Native American is wearing a print historically associated with their tribe, it’s probably a safe bet.
2) Learning about the origins, history and context of the images or symbols one is interested in employing. It’s much less likely that one will make unintentionally offensive visual references or juxtapositions (i.e. displaying the sole of the foot, which is an insult in many Arab cultures, while wearing a keffiyah, an iconic Arab scarf or headdress) if one knows the history of the images or symbols one is referencing.
3) Learning how the people most connected to the tradition feel about its use by others outside the tradition. If I researched wearing the bindi and it seemed the general consensus among the majority of Hindus was that the bindi ought not be worn by people who don’t attach religious significance to it, I would avoid wearing it. If it seemed that most Hindus felt honored or proud of the way Hindu visual culture was impacting global fashion, I would be more likely to wear the bindi myself. 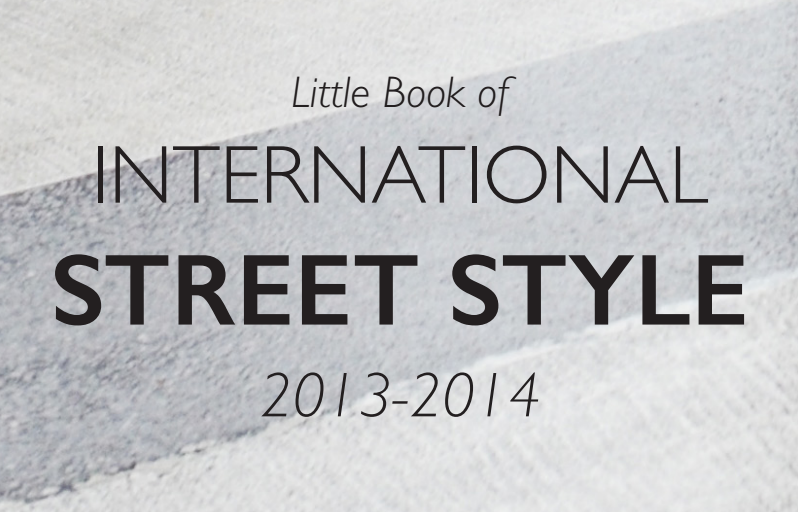 I recently designed a book of international street style, based on the photographs I’ve shared here so often in the past from cities like Stockholm, Manila, New York and more. The 68-page book features these photos and an original essay about why I started shooting street style and how its significance to me has morphed over time. Email me if you’re interested in purchasing one.

I was interviewed again by another fashion student writing their undergraduate dissertation on cultural appropriation in the fashion industry (based on the same article mentioned above). An excerpt from that interview (which is mostly me quoting a source more qualified than myself to answer the question):

It’s not uncommon for all sorts of things to become desacralized over time; or for the meaning of certain symbols to evolve and morph. However, my instinct in this area would be to err on the side of caution. If a particular image or symbol means a great deal to someone and it would be hurtful to them to see me wearing it stripped of its meaning, is my desire to be on-trend more important than their heritage being respected? For me, the obvious answer is no. On the other hand, it’s a pretty complex topic, and sometimes instances of inspiration that are bemoaned as offensive cultural appropriation by the media are actually pretty harmless. One of the best articles I’ve ever read on this topic is from Bullett Magazine, and I recommend checking it out. One great quote from Ayesha Siddiqi:

“Appropriation occurs when bodies, typically white, popularize styles that didn’t originate with them, across a matrix of power: the power of visibility, the power to define what is ‘ethnic’ in the market. The gains that follow are reserved for the appropriator, not the appropriated. When the participation of poc in mainstream culture is relegated to trinkets Urban Outfitters can sell, what are we supposed to do, be grateful? While our communities are mined for the latest hip accessories that are lauded on white bodies while suspect on ours, it’s a valuation of whiteness above us.”

I’ve begun working in earnest towards my senior show, the culminating gallery showcase of my college career as an artist. I’m not going to give away all my secrets just yet, but I will tell you that what I’ve started working on so far hearkens back to the Bangladesh building collapse I wrote about in 2013. The show will be opening in April 2015. Stay tuned for more details.