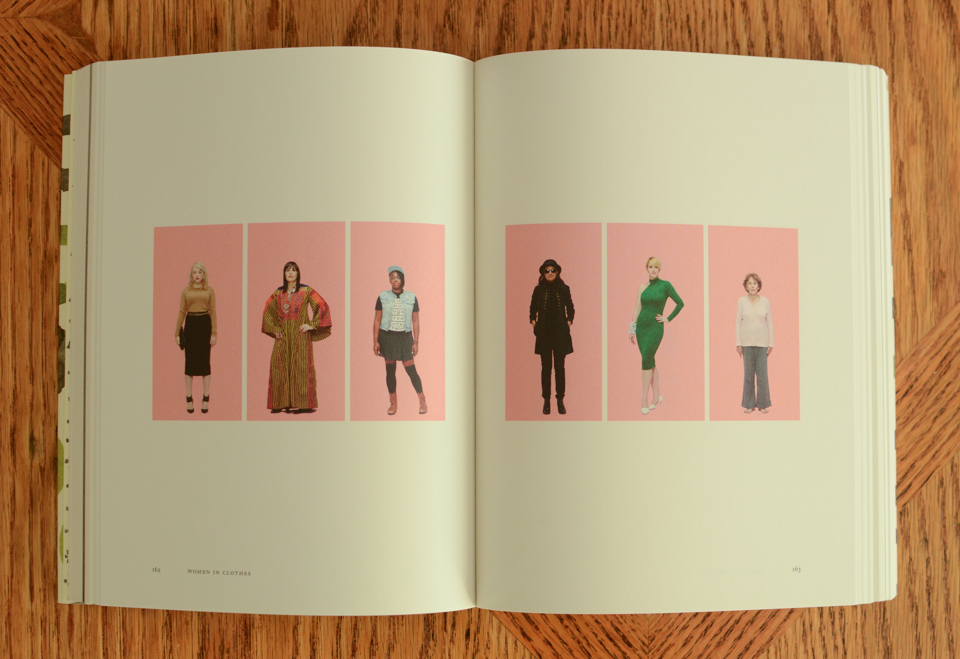 Yes, I already reviewed this book for another publication, but I can’t help it: It’s just that good (and no one’s paying me to say that. Promise). This review was originally published in its entirety on Worn Through, a blog written by fashion academics and curators, which is a great resource for those looking to learn more about clothing from an academic standpoint.

Without further ado, an excerpt from my review:

…Moreover, Women in Clothes is peppered with unconventional imagery that enhances the overall thrust of the volume without appearing overly illustrative or flashy. While many books dealing with contemporary fashion rely heavily on glossy images that render them almost magazine-like—an approach that may garner instant appeal but also makes the content feel quickly dated—the visual aspect of Women in Clothes appropriately mirrors the current but somehow timeless nature of the interviews. The collections of images included stand as entries in their own right, rather than accompanying specific texts. Both recurring visual motifs and one-off artworks exist in the volume. Examples of the former include photographic records of items people collect in multiple, from denim jackets to vintage three-inch heels, while the latter describes anything from india ink paintings of clothing stains to a line drawing of clothes discarded on the floor while getting dressed for a special event.

Notably, the only photographic depictions of actual women in clothing are vintage ones, in which women discuss either outfits that were important to them as young children, or clothing their mothers are wearing in photos taken before their daughters were born. Though the book could have leaned on the star power of easily recognizable celebrity contributors like Lena Dunham, Tavi Gevinson or Miranda July, the absence of these famous faces has the effect of leveling the playing field for all contributors. Flying in the face of the world of fashion magazines, blogs and celebrity Instagrams, which generally operate by the unspoken rule that “those who look best have the most authority,” Women in Clothes implicitly declares, “The fact that you are a woman and that you wear clothes is enough to make you an authority. You do not have to be the most on-trend or the closest adherent to what’s considered culturally beautiful to have worthwhile thoughts on, and experiences of, apparel.”

Check out the full review here.

One Response to "Women in Clothes Book Review – Worn Through"